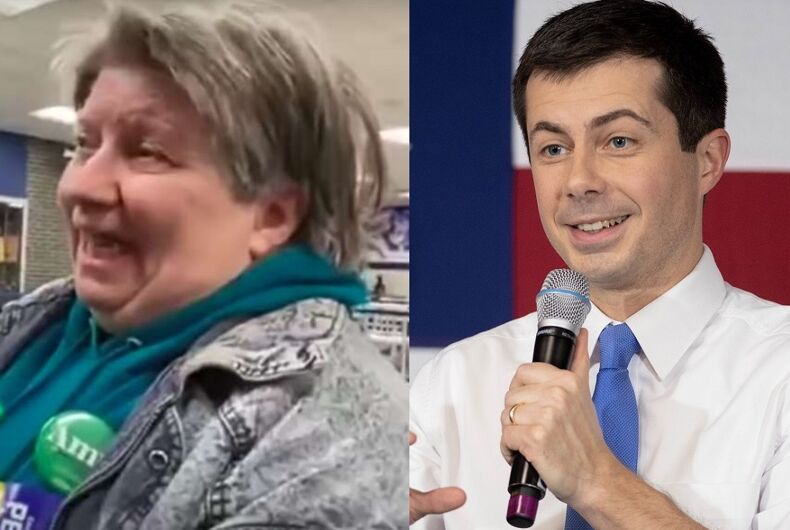 2020 Democratic presidential hopeful Pete Buttigieg was asked about the woman in Iowa who voted for him but then wanted to change her ballot when she found out he was gay.

He had a simple response: “It will happen.”

Stephanie Ruhle on MSNBC asked the former mayor, “How big of an issue is that for you?”

After conceding that this is a part of running for high office in a country where a significant portion of the population believes that a gay person should not be president and only 0.16% of elected officials are openly LGBTQ, according to the Victory Fund, he commended precinct captain Nikki Heever who tried to explain to the homophobic woman that Buttigieg’s sexuality shouldn’t matter.

“I felt proud of our organizer,” he said, “who on my behalf was speaking to her, and speaking to her with respect, living out the values that this campaign has been asking our volunteers and organizers to live by the whole time, and trying to reach out in the name of compassion to that woman’s heart.”

“I’m sad to see that it doesn’t seem that she reached her, but I also think that is part of what change looks like — deep, real change — is looking people eye to eye and engaging them with compassion,” he said.

Buttigieg was also asked about the same woman when he appeared on The View yesterday.

After playing the clip where the voter apparently didn’t know that Buttigieg was gay before she voted for him, Whoopi Goldberg said, “Had she never seen him before?” to laughs from the audience.

“What I want her to know is that I’m running to be her president too,” Buttigieg said. “I wish she were able to see that my love is the same as her love for those that she cares about, that our marriage means as much to me as hers, if she’s married.”

.@PeteButtigieg reacts to video of Iowa caucus-goer who tried to pull her vote for him after learning he’s gay, saying “I’m running to be her president, too.”
“I wish she was able to see that my love is the same as her love for those that she cares about.” https://t.co/f8u2wbJuik pic.twitter.com/zezmeYk8c5