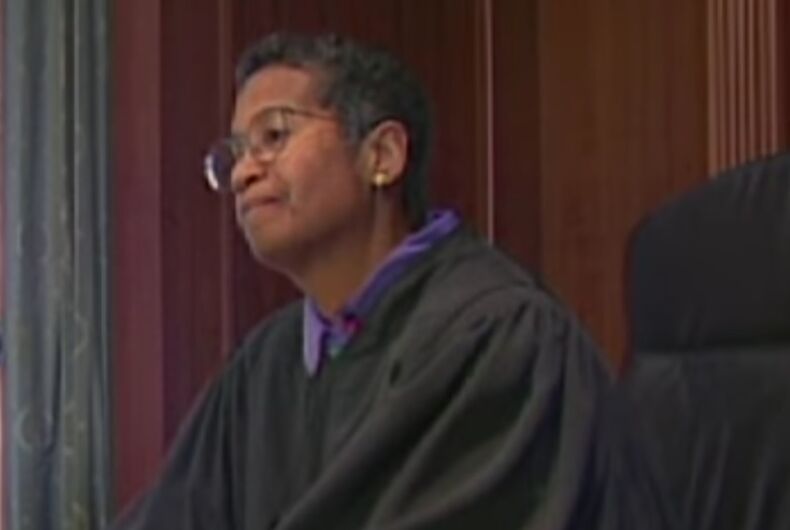 The first openly gay federal judge, Deborah Batts, died on Sunday at the age of 72.

Batts, a Manhattan judge, was appointed in 1994 by President Bill Clinton. She broke barriers not only for being gay, but also for being Black and a woman.

“Deborah Batts was a trailblazer in every respect: an openly gay African-American woman who became a United States District Judge after a distinguished career as a federal prosecutor and law professor,” she said. “It will be difficult to replace her. Our hearts are broken at her premature passing.”

McMahon went on to say that Batts will be remembered for her devotion to the court, her mentorship of young lawyers, and her “infectious smile and extraordinary collegiality.”

She also praised one of Batts’s final moves: overseeing the implementation of a program that allows those convicted of crimes to reduce the length of their supervised release periods if they join a specific rehabilitation program.

Born in Philadelphia, Batts received her undergraduate degree from Radcliffe College and her law degree from Harvard Law School.

An official portrait of her, commissioned in 2001, hangs at Harvard Law.

According to the New York Daily News, the trial will likely be delayed as a result.

Before her appointment to the federal judiciary, Batts worked as a judicial clerk and an assistant U.S. attorney, both in New York’s Southern District. She also worked for New York City’s Department of Investigation and as a commissioner for the New York Law Revision Commission. In 1984, she began teaching at Fordham Law School and continued to do so for the rest of her life.

In a statement, Fordham Law School Dean Matthew Diller said, “Since joining the federal bench, we have been fortunate to hold on to her as a superb teacher of trial advocacy and a dear friend. She was a mentor to students and faculty alike. We will miss her sharp sense of humor and the joy that she took in life.”

According to the AP, Batts did not want to be known as the “gay judge” when she was sworn in twenty-six years ago. “I’m a mother, I’m an African American. I’m a lesbian,” she told the New York Law Journal at the time.

Batts was featured in a 2011 segment of In the Life.