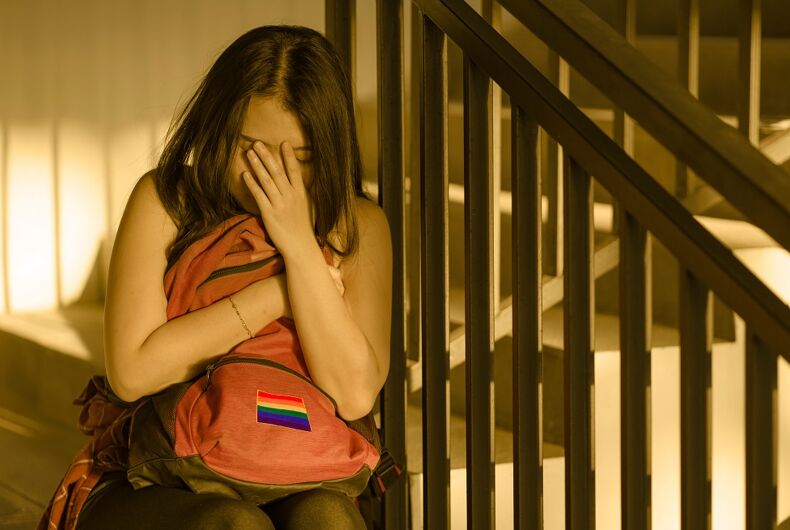 A Christian couple says they are the victims of religion-based discrimination after being refused by a foster agency when they said that they would send a hypothetical gay foster child to conversion therapy.

Byron and Keira Hordyk of Perth, Australia filed a complaint with the Equal Opportunity Commission because, they say, Wanslea Family Services is discriminating against their religious beliefs.

In January 2017, the Hordyks applied to be foster parents at Wanslea. As part of the evaluation process, they talked about their Christian beliefs.

When they were asked what they would do if an LGBTQ foster child were sent to them, they said that they believe that being LGBTQ is a sin, that change is possible, and they would provide “help” for the child to “overcome the sin,” according to Western Australia Today.

The American Psychiatric Association has long opposed conversion therapy and has called on lawmakers to ban what they call a “harmful and discriminatory practice.”

Even conversion therapy that doesn’t use abusive or violent techniques can harm a child’s mental health by teaching them that they are fundamentally broken because of their identity. According to HRC, the practice has been linked to increased risk of “depression, anxiety, drug use, homelessness, and suicide.”

So it was perhaps not surprising when the Hordyks got rejected by Wanslea. The Christian couple said they got a letter from the foster agency saying that they did not meet the requirement of “providing a safe living environment.”

The Hordyks filed a claim with the Equal Opportunity Commission, saying that they were rejected because of their religious beliefs.

They also said that Wanslea took no steps to accommodate their religion, like only sending them straight kids to foster. They did not explain how the foster agency would know in advance which kids are straight and which are not.

The Commission rejected their claim as “lacking in substance,” but they appealed to the State Administrative Tribunal, which may be taking it seriously. Wanslea moved to have the claim dismissed as frivolous, but the Tribunal rejected their motion.

Black history is now. I’m part of it & so are you.