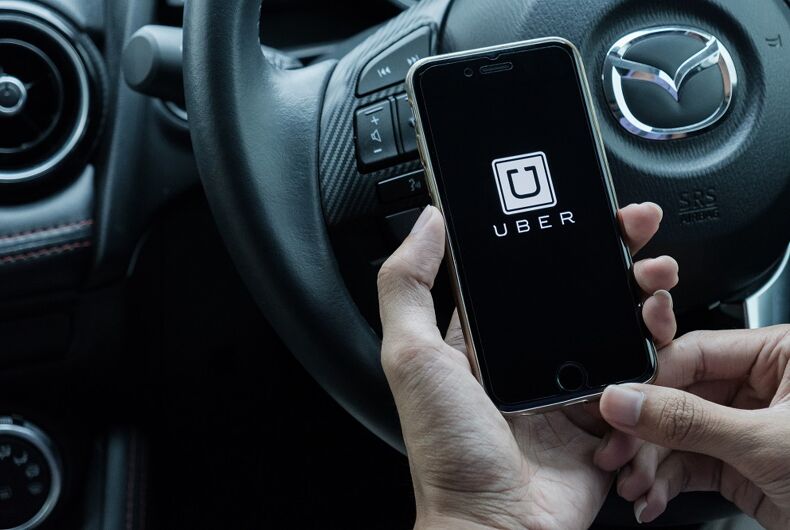 A man name James Moed says that on Wednesday, January 29, 2020, an Uber driver called the police on him and his husband. The driver had seen their crying child in his car and commented that the child needed to be cared for by its mother. Moed believes the driver contacted police after their ride together ended.

Police reportedly knocked on Moed’s hotel room door at the Marriott Marquis Marina in San Diego, California at around 1:30 a.m. and demanded identification to prove that he and his husband were the child’s legal parents. Uber says it’s investigating the incident.

In a series of tweets, Moed wrote, “It turns out the Uber driver who had taken us to the hotel had called the cops – accusing us of… child trafficking? endangerment?”

Moed said that after speaking with the officer, he himself “stayed awake freaking out” asking himself, “What if we hadn’t had his passport? [What if] the cops had been less agreeable? Where can my #Queerfamily travel safely?”

He added that he notified Uber about the incident, but so far he has only been sent an automatic refund for the cost of his ride and a form letter.

“Keep your $10,” Moed wrote. “We want proof that you keep #LGBTQ riders safe from homophobic drivers.” In a follow-up tweet, Moed said that he didn’t want the driver to be fired, he simply wanted an apology from the driver and evidence that the driver would receive some kind of LGBTQ sensitivity training.

While Uber’s policies prohibit drivers from discriminating on the basis of sexual orientation, a September 2019 study found that rideshare drivers often discriminate against LGBTQ people. Uber itself has an ongoing issue of its drivers mistreating LGBTQ passengers.

In June 2016, an Australian Uber driver launched into a homophobic tirade before threatening to drag two lesbian customers out of his car. In June 2018, a lesbian couple in New York was booted from a car for allegedly sharing a “quick peck.” The following month, a Washington, D.C. man was kicked out for “sounding gay.”

Last Wed, husband, infant son, and I were staying at @MarriottMarina. At 1:30 AM the @SanDiegoPD knocked on our door, demanding our IDs

The same @Uber driver who told us our crying baby needed his mother, and didn’t back down when we tried to explain that our son has 2 dads.

Spoke to @Uber_Support. Requested apology from the driver (not his dismissal) + evidence of LGBTQ sensitivity training program. Awaiting response.

Uber reached out to Moed on Twitter and said that they would “look into this.”

We'd like to look into this for you, James. Please send us a DM with your account email and phone number.

Man barged into class to give out anti-gay pamphlets. University says it’s OK because he’s married.