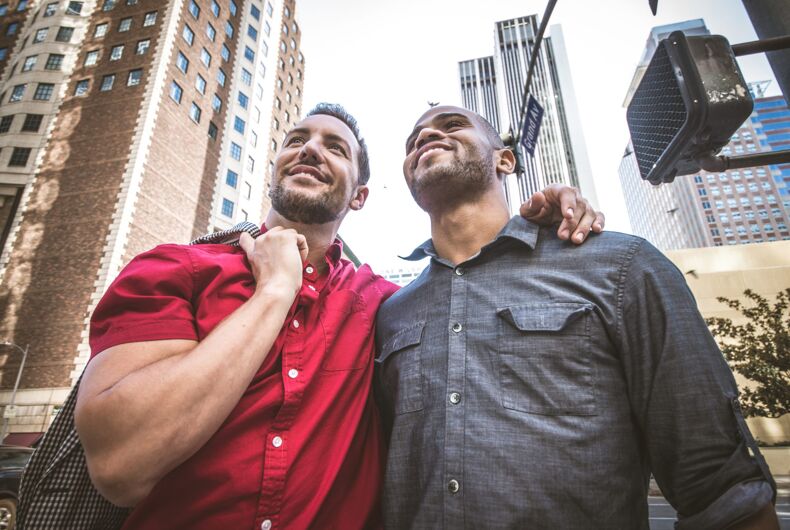 These apps are a core part of queer culture. In a recent Stanford study in 2019, about two-thirds of same-sex couples met online. LGBTQ+ people were “early adopters of internet services for meeting partners” evidenced by the popularity of Grindr, launched in 2009, and even PlanetRomeo, launched in 2002.

Related: These two traits can lead to an addiction to dating apps

But these dating apps have not all been great experiences, especially for ethnic minorities. In a blog post published by OkCupid co-founder Christian Rudder in 2014, the article sheds light on some of the deeper issues on these platforms, including racial inequalities and discrimination. In a 2018 report by Chappy, an LGBTQ+ dating app, more than a third (35%) of non-white men feel that they have been racially discriminated against.

As a gay Asian-American, I have faced my own share of prejudice while using these apps. From “No Asians” in profile bios to receiving messages asking if I would “whimper during sex”, there was not a day that had gone by without seeing or receiving a racist message. The design of these apps continue to perpetuate the racial inequality and unconscious bias that exists today, and it is now more important than ever to create equity on these platforms to combat this.

The first step towards creating a more equitable space is by examining and adjusting the most important feature: filtering.

This search mechanism functions similarly to shopping websites and apps. On Nike.com, you can find the perfect shoe by filtering based on size, color, width, materials, features, and celebrity sponsorship. But is our path towards love and relationships the same as we would shop for our shoes?

Filters for ethnicity have been a largely debated topic. Is this feature inclusive or exclusive in practice? Is this racism or not?

We live in a very diverse world with mixed cultures, ethnicities, and languages, not all tied entirely together. For example, a second-generation POC individual may identify with the culture and language of their homeland more than their ancestral origins. With this insight, ethnic filters on these apps become nothing more than a way to pick and choose people based on superficial colors and features.

In a study addressing racial bias on dating apps, apps letting users filter and sort by race encouraged sexual racism and discouraged multiculturalism. On the flip side, users who received more messages from other races were more likely to engage in multiracial exchanges than they would have otherwise. To truly champion diversity, removing the robustness of filtering mechanisms will lead to more diverse conversations.

The second step in creating equity is to place less focus on superficial attributes.

In every dating app, we are presented with either a grid of photos or profile photos we swipe off the screen. We hastily comb through photos, hoping that the more profiles that we have sifted through, the better our next match is going to be. We make snap judgments about people based on a profile picture no larger than the size of a postage stamp. Yet behind each and every photo is an individual with a lifetime of experience we have yet to connect with.

The profile photos we gravitate towards are often largely influenced by unconscious bias informed by, at worst, historical oppression. Take, for instance, colorism. Centuries of prejudice portraying darker-skinned individuals to be less worth than their lighter-skinned counterparts have impacted the way we see and judge skin color at an unconscious level.

We also forget that these photos are not entirely honest either. Photo manipulations apps are becoming more accessible than ever. Skin lightening, muscle enhancements, and facial modifications can be done in just a few taps.

Apps like Plenty of Fish has been one of the first apps to ban face filters, encouraging “more honest, authentic depictions of others”, and Lex radically transforms this superficial dynamic with their text-based profiles. Photos are rarely seen and users are encouraged to search for various terms in a profile, such as “femme” and “pizza,” to find a match.

By prioritizing other aspects of an individual before their face or body, we can start to challenge the bias and prejudice set by superficial standards.

The third step in creating an equitable space is to encourage and discover individuality.

Too often, we design our dating profile based off of our “ideal self”. Our photos are immaculate, our bio is entertaining, and our messages are articulate and witty, but also appropriately timed. In trying to impress others, we lose ourselves.

There are 7.7 billion people on earth, each with their own gene, skin, culture, homeland, and life experience unlike any other. All of these identities intersect to create our individual unique selves. By enabling creative ways to show ourselves to the world, such as through words on Lex or videos on Bumble, we can celebrate diversity and move away from homogenous and exclusive spaces.

But at the end of the day, it is simply impossible to capture the uniqueness of a person with labels, photos, or a perfectly curated profile. We are all enough, as-is, and there is no app or product that will be able to quantify us, especially with these dating apps.

By creating a more equitable platform, we can ensure that everybody that deserves love can find it.

Steven Wakabayashi is a second-generation Japanese-Taiwanese-American, creating content and spaces for queer Asians in New York City. He is the host of Yellow Glitter, a podcast on mindfulness for queer Asians, and shares a weekly newsletter of his projects on Mindful Moments. You can find him on Instagram, Twitter, and Facebook.