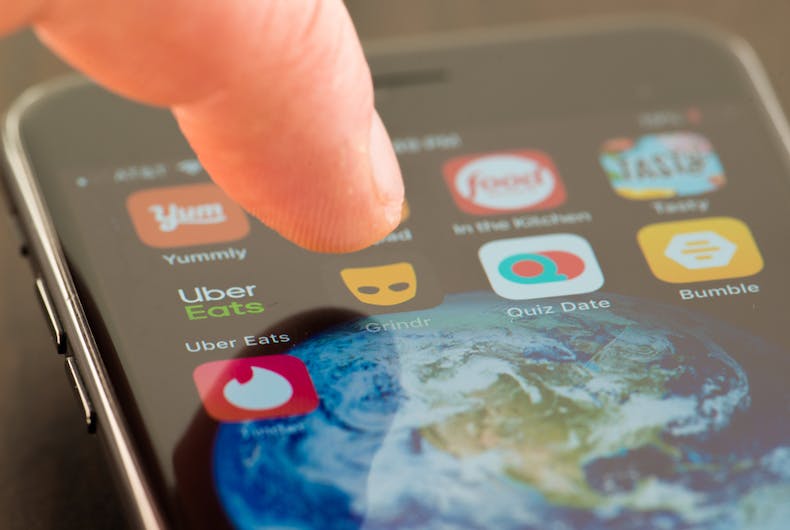 In this smart phone addicted world, looking for love using some of the popular dating apps seems like a perfectly normal method of finding love and romance.

A new study published in the Journal of Social and Personal Relationships, however, looks at the dangers of those who might take this a little too far, letting obsessive use of dating apps like Tinder or Grindr get in the way of social obligations and existing friendships.

“It’s not just that they’re using their phone a lot,” said Kathryn Coduto, lead author of the study, to the Ohio State News. “We had participants who said they were missing school or work, or getting in trouble in classes or at work because they kept checking the dating apps on their phones.”

269 Ohio State University undergraduate students who use at least one dating app were surveyed by researchers, with questions focused around their loneliness and social anxiety as well as their use of dating apps.

Study participants who appeared to be socially anxious had a tendency to prefer meeting potential love interests via their phone, but that alone did not lead to harmful addictive behavior. It was those who also expressed feelings of loneliness who often took their use of dating apps to an extreme.

“If they were also lonely, that’s what made the problem significant,” said Coduto. “That combination led to compulsive use and then negative outcomes.”

Researchers want people to be aware of their use of dating apps, and consider setting limits to their use to avoid addictive behaviors that could harm their quality of life.

“Especially if you’re lonely, be careful in your choices, said Coduto. “Regulate and be selective in your use.”