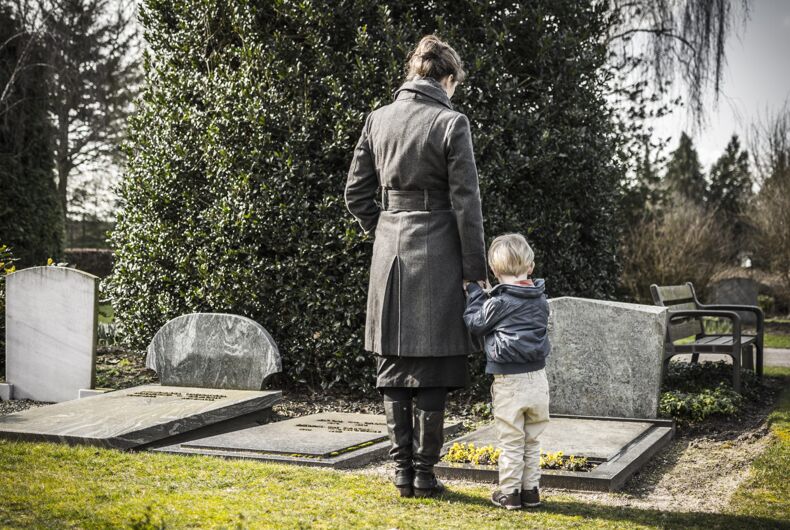 “Yesterday I attended the memorial service for a 15-year-old gender diverse child that I’d known for several years,” Jenn Burleton wrote on Facebook. “They ended their own life on January 2. While no one can ever know all of the factors that contribute to someone’s decision to end their own life, I know that social rejection and cruelty towards gender diverse children played a major role in this profound tragedy.”

Burleton, the executive director of the TransActive Gender Project in Portland, Oregon, continued to post what can only be described as a primal howl – a direct challenge to the religious right and the thinking that led to the teenager’s decision to end their own life.

Related: A trans teen left the most heartbreaking suicide note. Her name was Hope.

“Chief among those factors is telling children that ‘God’ will no longer love them, or accept them into ‘Heaven’ if they are gender diverse, or transgender,” she continued, “that if they listen to their own hearts, Jesus’ salvation won’t be available to them.”

“Yesterday a child was buried, in part, because the putrid, inhumane and evil messaging cited above was louder than the unconditional love this child received from their immediate family, friends, and allies.”

And when Burleton launches into a righteous thunder, the anger and despair are palpable in her words.

Tell me again how your child is “traumatized” by the thought of sharing a restroom with a transgender child.

Tell me again how your imaginary scenarios of transgender people assaulting people in restrooms are a threat to family values.

Tell me again why we need to make laws against life-saving gender-affirming policies and medical interventions for transgender kids.

Tell me again how YOUR hateful and ignorant interpretation of what your “God” wants is something we should all be victimized by.

Tell me again to stop advocating for families and children like the one that was buried yesterday because it’s against “God’s will”.

Tell me again how inconvenient it is for you to use a gender-neutral pronoun, or a different name.

Tell me again how gender diversity is a “liberal plot to destroy America” and “Satanic”.

Tell me…get right up in my face and tell me. Scream it if you feel it will help. Strike me DOWN if you can. A thousand more will take my place.

“A child was buried yesterday, but their dream of living in a world full of hope, opportunity, and freedom of self-expression will never die,” she concluded. “Their beauty and life force will be used to save the lives of thousands of children.”

“We will never stop fighting for these children until this world is worthy of THEM.”

Yesterday I attended the memorial service for a 15 year old gender diverse child that I'd known for several years. They…