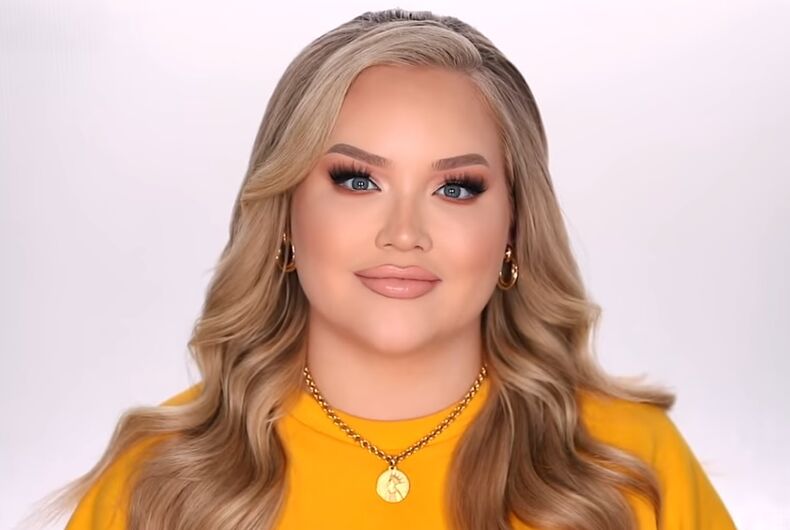 Nikkie De Jager – the popular make-up YouTuber known for her channel NikkieTutorials – has come out as transgender.

She explained in a video uploaded yesterday that someone was threatening to out her, so she decided to tell her millions of subscribers herself.

De Jager, as the name of her YouTube channel suggests, produces and stars in make-up tutorials, which regularly get over a million views. She has almost 13 million subscribers on YouTube, and it’s not hard to see why – she is a very talented make-up artist.

In a video entitled “I’m Coming Out,” she said, “I can’t believe I’m saying this today to all of you for the entire world to see, but, damn, it feels good to finally do it. It is time to let go and be truly free.”

“When I was younger, I was born in the wrong body. Which means that I am transgender.”

She went on to say that making the video was both “scary” and “liberating,” but that the new year is a good time to come out and that she hopes to inspire others to live their authentic lives.

“I want to inspire little Nikkies around the world who feel insecure, who feel out of place, who feel misunderstood,” she said. “I hope by me standing up, and being free, that it inspires others to do the same: to truly live your life like you wanted and the way you deserve.”

De Jager explained that she has always known that she was a girl, and that it was confusing to her as a young child that she was being forced to live like a boy.

At around seven-years-old, she started living and presenting as a girl. At 14, she taking on puberty blockers.

And she said she was thankful for “Mama Tutorials” for being amazing and her teachers who supported her transition.

About the people who threatened to out her, De Jager didn’t name any names but she said that some “evil” and “vile” people blackmailed her. Then she flipped them off.

She also came out on Instagram, where she has over 13 million followers. Here are some pictures of her make-up work, including a picture with Lady Gaga.

throwback to when I transformed into Elsa on @patrickstarrr’s channel ❄️☃️✨ who’s excited for my HALLOWEEK this year?? DOUBLE TAP if you are!!

Dylan doesn’t even know what he got himself into… I’m the bride from HELL!!!!!! 😈🖤✨ NEW VIDEO NOW LIVE!!!! link in bio! – inspired by @monetxchange + @axelartistries

MAKEUP BY ME!!! 😱 I’m so excited to show you the look I did on @lilamoss for the launch of the new @marcjacobsbeauty Highliner Liquid-Gel Eyeliner 😭😍💖✨ available in 7 shades @sephora and @harveynichols TODAY! it’s the liquid version of their original Highliner – it’s the shiniest liquid liner I’ve ever used, and lasts all day 👏🏻 I used Blacquer on the bottom, topped with an ombré of Gold Getter, Star Magic, and Blitz Coin ✨

someone said I always look the same, so today I chose to become Lady Gaga 😅 NEW VIDEO up on my channel.. I’m FINALLY trying @hauslabs @ladygaga 🙊✨ LINK IN BIO! – original by @manthony783