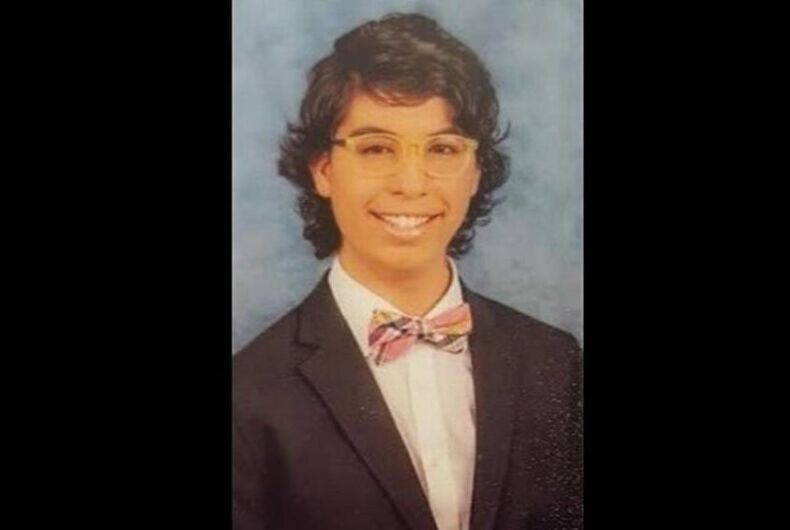 Hope Verbeeck passed away at 17 after leaving a heart-breaking suicide note for her mother to find.

Her tragic death took everyone who knew her by surprise. The 17-year-old was precocious and intelligent, a theater lover and a straight-A student in high school. She was going to graduate this year and was already accepted to several colleges.

Hope had visited the gender specialists at the University of Miami, was seeing a psychologist, and was getting hormone replacement therapy. She had a good relationship with her parents and she talked with her mother openly about her gender identity. Her mother said that Hope was looking forward to laser hair removal and gender confirmation surgery.

The psychologist “had a moral obligation to let me know,” Hope’s mother Patricia told the Miami Herald. “She said there was never an inkling. She told me, ‘[She] loved you. [She] was excited about college.’”

But on March 6, Patricia came home and found a letter on Hope’s pillow.

“Dear Mommy and Papa, I am so sorry to do this to you but I have killed myself by jumping off the top floor,” Hope wrote.

“I could no longer live my life as a lie,” she continued. “I’m so sorry I lied to you. I was losing hope in the world and could not see my way out of the wrong body so I decided it was time for my life to end. Please forgive me for any sins I committed.”

She also left instructions for how she wanted to be remembered. “I would like to be remembered as a transgender pansexual teenage girl named Hope. Being transgender is my gender identity. My sexual orientation, or sexual identity, is being pansexual, meaning that I do not care about what the person is; I care about who they are. Sexual orientation is who you go to bed with and gender identity is who you go to bed as.”

Hope even asked that her ashes be split between her parents, who are separated, so that they wouldn’t argue.

Her instructions, though, weren’t followed. Her mother used Hope’s dead name in her obituary because that’s how people knew her, and also referred to her with he/him pronouns.

One can’t criticize her for doing that. She just lost her daughter, a tragedy that most will likely never understand. This is her process.

But the Miami Herald, which wrote an article about Hope but called her by her dead name, can be.

At least they used she/her pronouns. That’s something.

But it’s not enough. The article quoted Hope’s “explicit instructions on how she wanted to be remembered” and used her dead name in that same sentence.

This isn’t complicated. Her name was Hope.

Stormy Daniels’ gay ‘daddy’ listened in on her calls with Trump. The details are sad.