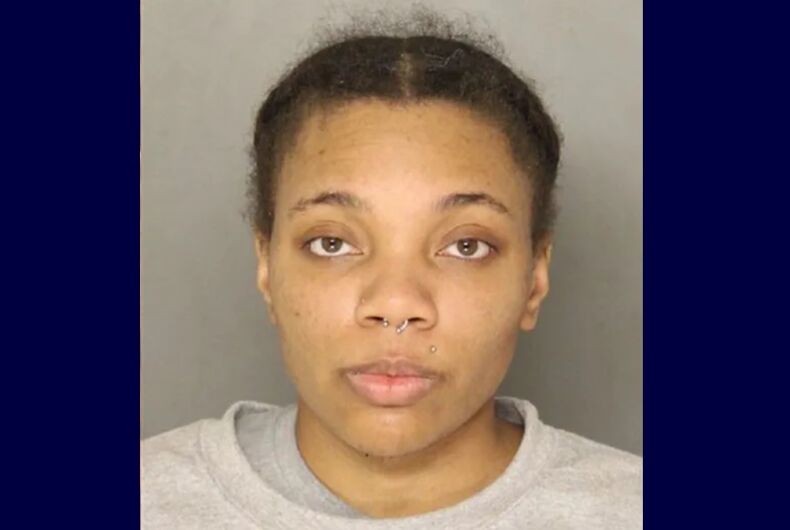 A 28-year-old woman named Victoria Parker has been charged with two counts of arson for trying to burn down the headquarters of SisTersPGH, a Greenfield, Pennsylvania-based organization that assists transgender and non-binary people with social resources and housing. The fire occurred at 6:49 a.m. on December 16, 2019.

Parker lived in an apartment above the SisTersPGH headquarters, and it seems she may not have specifically targeted the trans center during the self-described “psychotic breakdown” that led her to start the blaze.

Parker told police she felt she “had to set the house on fire” before she began pouring lighter fluid on herself and some pages she had torn out of a book. Only after lighting the pages did she realize she was trapped in her own apartment.

She then broke a window and jumped into a dump truck below at the suggestion of the driver, who had seen the burning building. She cut her chin on the truck’s hood during her jump.

Though the fire was contained to the second floor and no one else was hurt during the blaze, it left the SisTersPGH headquarters on the first floor with extensive smoke and water damage that caused the building to be condemned. SisTersPGH found a new location over three miles away and is preparing for a grand re-opening on March 31, 2020.

Sadly, this blaze isn’t the only time that an arsonist has destroyed a local queer advocacy group. In July 2017, an unknown arsonist torched the Abounding Prosperity Community Center, a predominantly black LGBTQ health center located in South Dallas, Texas.

Abounding Prosperity launched a $50,000 fundraiser to help repair its center, but at the time of publication, the fundraiser had only raised $33,523 of its overall goal.