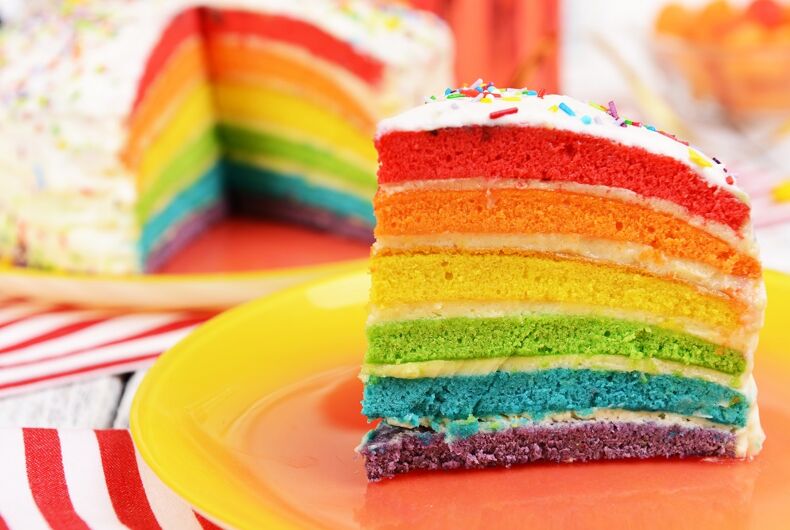 The parents of a gay teenage boy recently threw a “gayceañera” on his 15th birthday to celebrate his coming out and make him feel more accepted among family and friends. The celebration included dancing gymnasts, rainbow-colored cakes, sequined unicorn stuffed animals and a photo booth.

The event — which was held on January 5 at the Sunset Restaurant and Lounge, an Italian restaurant in the town of Glenn Burnie, Maryland — was thrown by Heidi Irene and Terry Trammell in celebration of their teenage son Aiden.

The gayceañera was a queer twist on the Quinceañera, a celebration common in Spanish-speaking countries which marks a girl’s transition from childhood to young adulthood on her 15th birthday. While the ceremony varies from country to country, it often involves a young person wearing a beautiful dress, being presented at a public banquet, eating a special birthday cake, and then dancing with male friends and family members.

In similar form, Aiden made his appearance at the event wearing green-hair and a rainbow-colored suit. His teacher reportedly served as the event’s disc jockey while gymnasts twirled rainbow-colored ribbons on the dance floor. The event featured rainbow-colored cakes and place-settings for guests, a photo-booth, and an “Aiden trivia quiz” to test attendees’ knowledge of the birthday boy.

Irene said she wanted the party to honor Aiden’s development into his authentic self and to help him come out to his community “all at once” so he wouldn’t be forced to repeatedly come out to individual friends and family over and over again.

She said that throughout the night, servers and patrons spoke to her about how they and their loved ones were rejected from their own families in the past. She added that she wanted Aiden’s young friends to know there are safe spaces in the world where they can be themselves.

Batwoman snubbed Rachel Maddow when she came out in the press