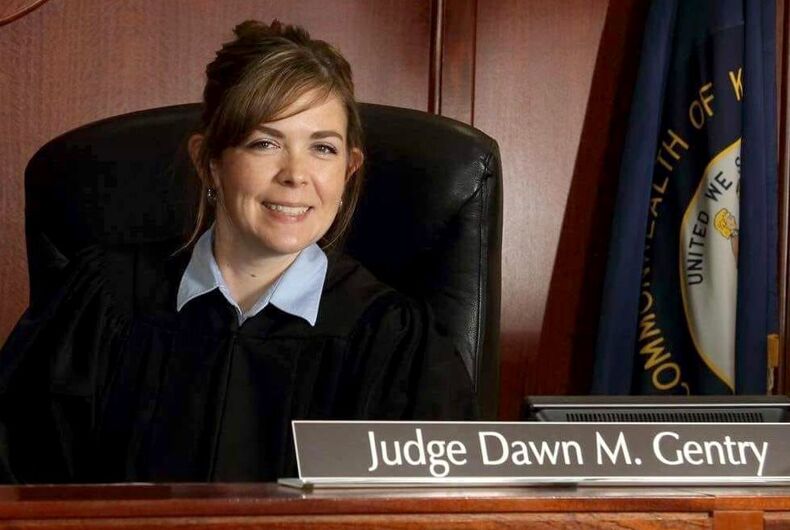 Not only did Gentry hire her male lover, a former pastor, but she also allowed him to play guitar and sing in the office “disrupting other court employees during the workday,” according to court documents. Gentry’s lawyer said she was unaware he was being disruptive.

She was also accused of forcing staff to work for her election campaign and retaliating against them if the staffer refused. The committee also said Gentry allowed employees to bring and consume alcohol in the courthouse during work hours.

Gentry also allegedly brought her children to work and allowed them to witness confidential proceedings in family court. One of her children recognized one of the children involved in a case, the committee claimed.

Gentry’s lawyer told NBC News that he expects her suspension to last one or two months and that a hearing for her case will be held shortly.

Washington DC may change their legal code to be gender neutral