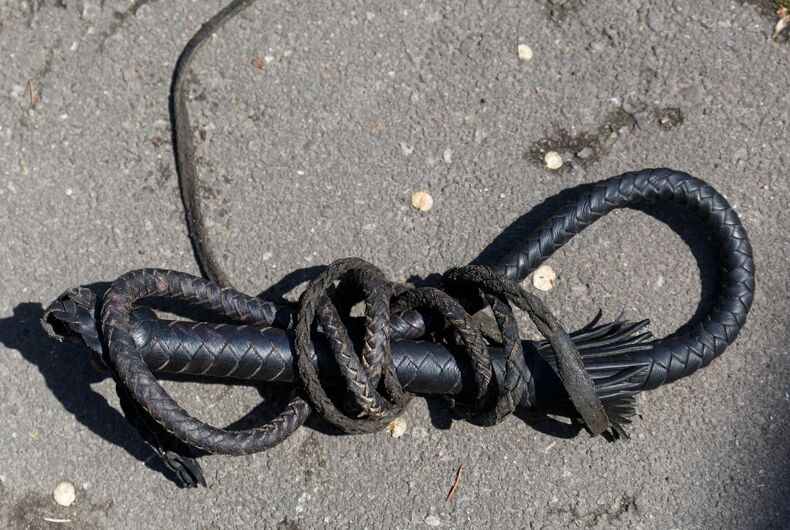 A gay man was kidnapped and forced into conversion therapy where he was beaten daily when his sister told him she wanted to meet him after he came out.

The Nigerian man spoke with the BBC as part of a report on conversion therapy in the country.

“I grew up in a Christian family,” the man explained, saying that his family believes that homosexuality is “demonic.”

He eventually came out to his family. Several days later, his sister asked him to meet with her, but she wasn’t alone when he showed up.

She was with a man she called a “prophet,” and they forced him into conversion therapy.

“He would come in at intervals to do some ‘spiritual exercise,’ as he said, which included stripping me naked and flogging me and all that,” the victim explained.

“The first day,” he continued, “he did it like about seven times.”

“He did the same thing the second day. It became 14 times. Then the third day, out of exhaustion and the pain I was going through, I passed out.”

A woman who voluntarily went into conversion therapy in Nigeria also talked to the BBC. She said that she was forced to raise her legs and some “peppery” oil was poured into her vagina.

“For me it was intrusive because what has my vagina got to with deliverance, but at that time I didn’t really know much. So for me I was ready to do just anything to take the whole feeling of same-sex attraction,” she said.

“I was ready to just do anything to make it go away.”

A 2007 Pew Global Attitudes Project poll found that 97% of people in Nigeria – which is evenly divided between Muslims in the north and Christians in the south – do not believe that homosexuality is acceptable.

Homosexuality is banned in the country and carries a maximum penalty of 14 years in prison. In 2014, Nigeria criminalized same-sex marriages with a possible penalty of life in prison.

According to the BBC, conversion therapy is common in Nigeria.