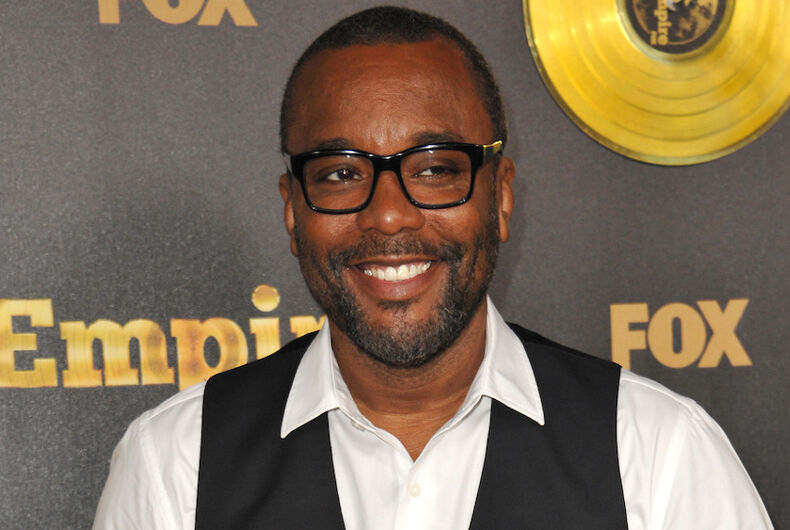 This week, Pete Buttigieg attended a black gay fundraiser in Los Angeles. The fundraiser was held at the home of Jordan Fudge, a managing partner of the venture capital firm Sinai Ventures, and was co-hosted by Fudge and Empire writer/director Lee Daniels.

During the fundraiser, longtime HIV activist BLACK AIDS Institute co-founder Phill Wilson called Buttigieg a charismatic, active listener and “a candidate that is worthy of serious, serious consideration.” He added that Buttigieg “has sparked imagination and… spoken about a new vision for America.” More importantly, he thinks Buttigieg’s Midwest appeal could help him win a general election against Trump.

“How is the next Democratic candidate going to win Indiana, Ohio, Pennsylvania, Michigan, and Wisconsin?” Wilson asked rhetorically. He said having a candidate who can speak to rural voters from an authentic lived experience of the Midwest may be important in the general election.

While Wilson admits that younger voters have not yet flocked to Buttigieg — a recent poll placed him at third place behind Warren and Sanders with 12% support among voters aged 18 to 29. Nevertheless, Wilson says Buttigieg’s demonstrated mastery over field-organizing and fundraising may attract young voters to him if he’s chosen as the Democratic candidate.

He also thinks Buttigieg’s charisma would play well against Trump, who Wilson called “a bombastic demagogue … [who] demonstrates weakness every single day in ways that have been demonstrative, damaging to our democracy.”

Wilson was also asked about Buttigieg’s ability to handle racial issues. A dozen Black Lives Matter (BLM) protesters demonstrated outside of the candidate’s visit to an LA homeless shelter earlier this week, citing South Bend’s homelessness problem and the deaths of two South Bend, Indiana citizens as proof of Buttigieg being “anti-poor” and “anti-black.”

In December 2019, 44-year-old homeless man Anthony Young died of hypothermia on the streets of South Bend. Buttigieg claims that Young died “after declining to come into a shelter” and pointed to federal statistics showing a 25% decrease in South Bend’s homeless population during his tenure as mayor.

Past BLM protests have also criticized Buttigieg’s handling of Eric Logan, a 54-year-old black man shot by a South Bend police officer who had his body cam turned off.

While Wilson said that Buttigieg and all the Democratic presidential candidates should be held accountable for their racial justice records, he feels Buttigieg has demonstrated an understanding of the malicious roots of American racism and that the remedy must be progressive and not “race-neutral.”

As for worrying whether voters would elect a gay president, Wilson thinks queer and straight people alike should “embrace our own power” and “work our asses off to make that happen because the opposition is going to sow doubt among us about whoever the candidate is.”