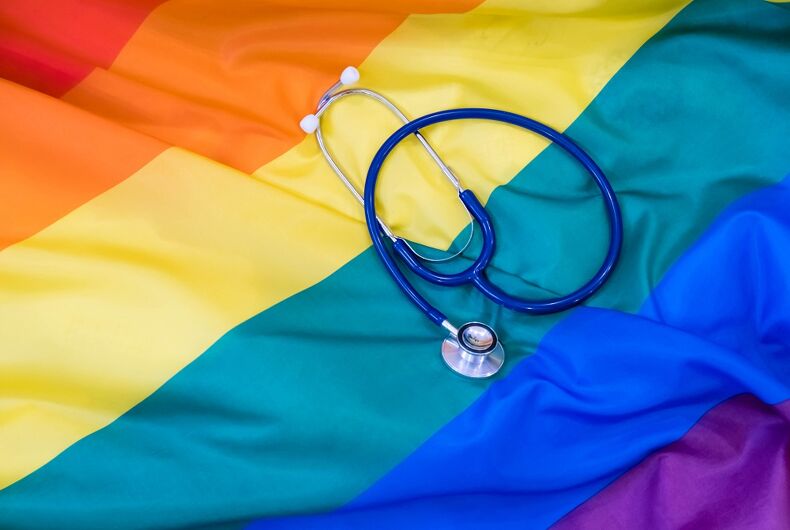 Coming to terms with being transgender is difficult, but getting trans-inclusive insurance is worse.

Socially and legally, cis people are debating whether insurance companies are obligated to cover transition-related costs. Many trans people are now turning to dangerously unregulated transition methods, just to save money.

As of 2017, 39.7 million Americans live in poverty, with 15% of trans individuals (34% Black, 28% latin) live on less than $10,000 annually. 0.6% of the U.S population identifies as transgender and over half have difficulty finding adequate insurance.

Yet depending on the state, insurance companies and Medicaid can discriminate against trans people. Medicaid only covers transition-related costs in 23 states, while states like Alaska can legally deny trans coverage. With 1 in 5 Americans on Medicaid, low-income trans people face two choices: either move to a trans-affirming state or switch to private insurance.

Finding a corporation’s insurance policy that is willing to cover transition-related costs (including gender confirmation surgery or GCS) is a nightmare. Companies that provide trans-inclusive insurance include Airbnb, Bank of America, and BuzzFeed, but they are in the minority. The majority of companies and insurance providers don’t care about trans health.

There are a few expectations. For example, Blue Cross/Blue Shield Massachusetts (each state differs) considers GCS and facial feminization surgery necessary only when certain criteria are met.

Unsurprisingly, there is little information on how to pick the right plan out of 5,964 insurance companies.

Hypothetically, even if a trans person finds the perfect state to live in, the ideal employer, and an insurance plan, out-of-pocket costs can still send the most well-prepared patient into bankruptcy. Hormones alone cost $1,500 annually, and GCS upwards of $30,000. This doesn’t even factor in other operations like facial feminization surgery.

This has lead to countless lawsuits.

At the University of Arizona, a professor sued the university for not covering his hysterectomy as part of his transition. In Wisconsin, a judge ruled in favor of two trans-women’s lawsuit challenging the state’s insurance exclusion for transition-related coverage.

Facing all these obstacles, many take matters into their own hands – regardless of the risk.  Some turn to medical tourism in Thailand, where surgery costs (pre-insurance) are a third of North American prices. Surgical vacation packages start at $9,770. But if something goes wrong, patients are left navigating a foreign legal system. Alone.

There are also forums dedicated to transitioning without professional assistance. In one post titled, “Will shesalady have restocked cypro by reopening day?” one user asks if a website has re-stocked “Estrofem,” a prescription estrogen used to treat menopause and breast development. It’s available online without a prescription, imported from Portugal. GoFundMe also has a pseudo-altruistic section dedicated to transition fundraising. Users are left on their own to reach their donation goals.

One can’t help but notice the commercialization of trans poverty. That fact that people are encouraged to panhandle online or turn to the black market means that America has failed its trans population.

Right now, transgender people are being murdered with an alarming frequency. LGBTQ civil rights are also being challenged by our government. Under such bleak circumstances, corporations need to start treating trans  communities with basic human dignity.

America claims “Liberty and justice for all,” yet it continues to ignore its own citizens’ medical struggles.

And that is abhorrently negligent.

The Democratic debate was really about who can beat Trump