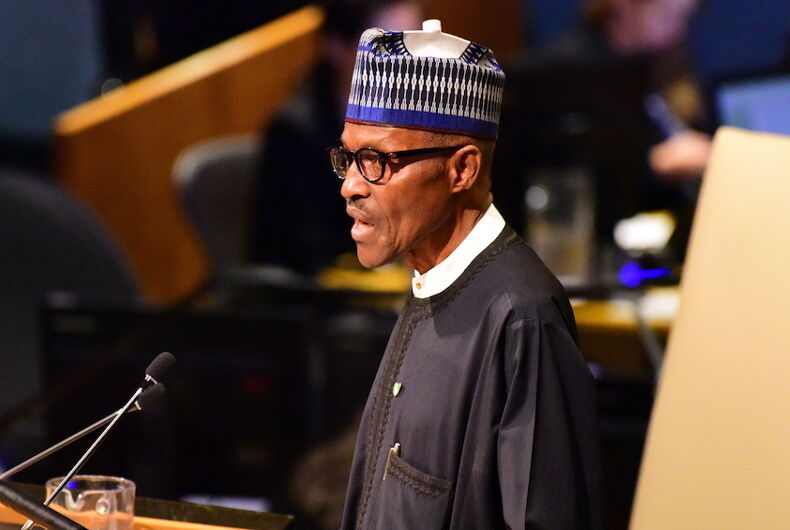 Two men in Zambia have sentenced to 15 years in prison for “having sex against the order of nature,” otherwise known as having a consensual same-sex relationship behind closed doors.

The U.S. ambassador to Zambia said he was “personally horrified” by the sentencing, and in response Zambian President Edgar Lungu threatened to break down U.S.-Zambian relations if President Donald Trump didn’t denounce the ambassador’s words.

The case involves a 30-year-old man named Stephen Sambo and a 38-year-old man named Japhet Chataba. According to PinkNews, prosecutors played videos and photos of the two men and “a hotel employee told the court she saw them having sex through a window.”

After the men’s recent sentencing, U.S. Ambassador to Zambia Daniel Foote said in a statement, “I was personally horrified to read about the sentencing of two men, who had a consensual relationship, which hurt absolutely no one.”

He added, “Meanwhile, government officials can steal millions of public dollars without prosecution.”

We are saying no to homosexuality. Why should we say we are going to be civilized if we allow it… are you saying that we’re very primitive now because we’re frowning on homosexuality?

Even animals don’t do it, so why should we be forced to do it?… because we want to be seen as smart, civilized, and advanced, and so on.”

Over 1,500 animal species have been documented exhibiting homosexual behaviors. Lungo’s rhetoric isn’t meant to be factual, it’s meant to imply gay people are “lower than animals” and basically inhuman.

His country’s anti-gay laws against sex were installed by British imperialists who saw Africans as uncivilized, lesser-beings unfit to rule themselves. That is, the laws were installed because Zambia wasn’t seen as “smart, civilized, and advanced.”

Trump is not expected to say anything against Zambia’s sentencing, especially since his Secretary of State Mike Pompeo considers anti-gay laws a form of “religious freedom.” The Trump administration has said that its financial aid to foreign countries will no longer depend on LGBTQ rights, a change from the Obama administration.

Editor’s note: A previous version of this article incorrectly identified Robert Mugabe as the former president of Zambia. We regret the error.