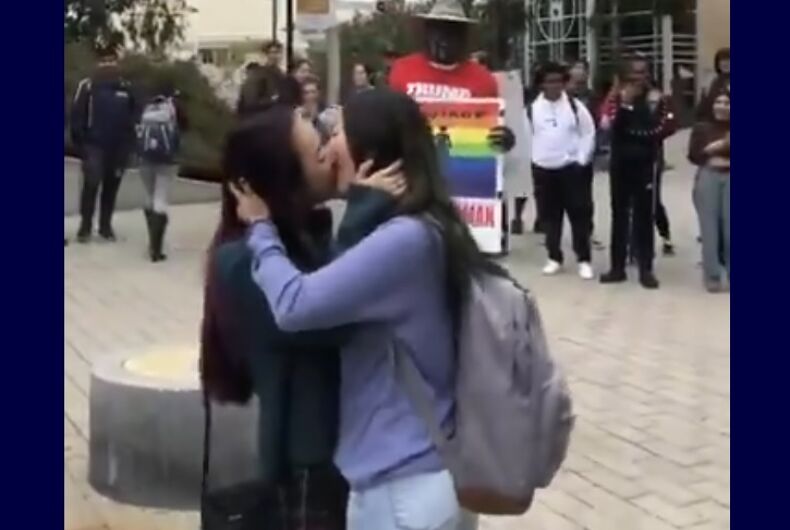 Video of two women kissing in front of a homophobic Trump supporter has gone viral.

A man in a red Trump T-shirt was protesting at the University of California – San Diego campus, wearing a sign that said “Marriage traditional; 1 MAN & 1 WOMAN” on a rainbow background.

Related: These women photobombed an anti-LGBTQ politician with a kiss

A Twitter user who goes by Crystal and whose profile says that she’s a student at the school and a member of the Delta Gamma sorority posted a video of her kissing another woman in front of the protestor.

“This dude was homophobic and a Trump supporter so you know we had to do it to him,” Crystal wrote.

this dude was homophobic and a trump supporter so u know we had to do it to em pic.twitter.com/ukraInWSc2

The video has been viewed over 1.7 million times so far and liked nearly 100,000 times.

Someone seemed to recognize him…

Damn this man is going to every campus

And apparently this isn’t the first time this has happened.

Damn you guys all had the same idea I'm loving it pic.twitter.com/SalD9fA2qi