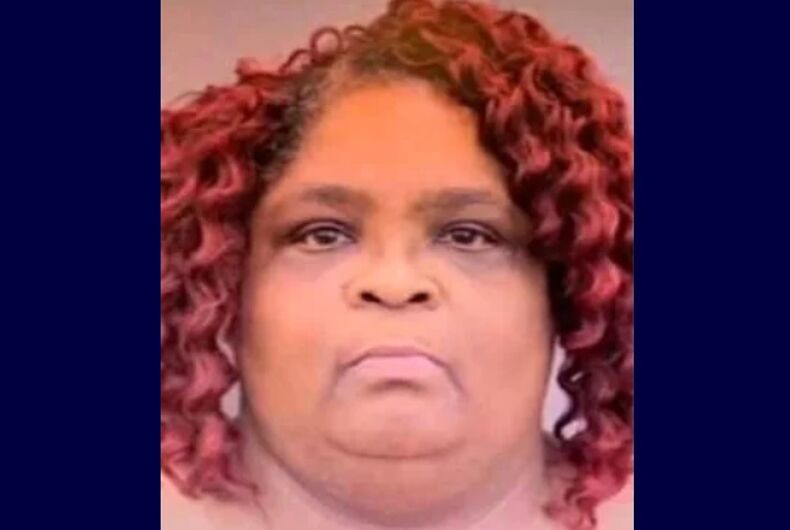 A teaching assistant who is accused of having sex with a student on four occasions may have been trying to turn him straight, according to statements she made to police and the victim.

Tedria Fluellen, 51, was a teaching assistant in Houston, and she met the victim while working at Worthing High School. The victim said that they both attended the same church as well.

The victim said that he knew Fluellen for a few years and that he would sometimes help her out with tasks at her home or moving things out of her storage unit.

Court documents state that the victim was 16 in 2018 when the sexual abuse started. Fluellen allegedly told the victim: “You don’t have to be gay,” and then proceeded to sexually abuse him.

The victim said that he was at her home and she performed oral sex on him.

After the first time, she gave the victim a cell phone and started sending him sexually explicit text messages. She called him “my secret lover.”

Investigators believe that she molested him three more times: once at his house, once in her car before school started, and once at her storage unit.

The victim lived with his grandmother, and when she was out of town once Fluellen came to visit. She allegedly gave the victim’s cousin a drink that contained alcohol and an unknown medication and said, “It’s going to knock him out.”

The grandmother eventually suspected something was wrong and she checked the victim’s phone, finding the graphic text messages. She called 911 and reported the abuse to Houston Independent School District police.

She said that the text messages were intended for her boyfriend, not for the victim. She gave police consent to search her phone, where they found the sexually explicit messages that she had sent the victim.

Fluellen was arrested and is being held on a $40,000 bond. She is being charged with sexual assault of a child under 17.

The Houston Independent School District said in a statement that they “are cooperating fully with the Harris County District Attorney’s office.”

“Keeping our students and campuses safe so that productive instruction can take place remains the district’s top priority,” the statement said.