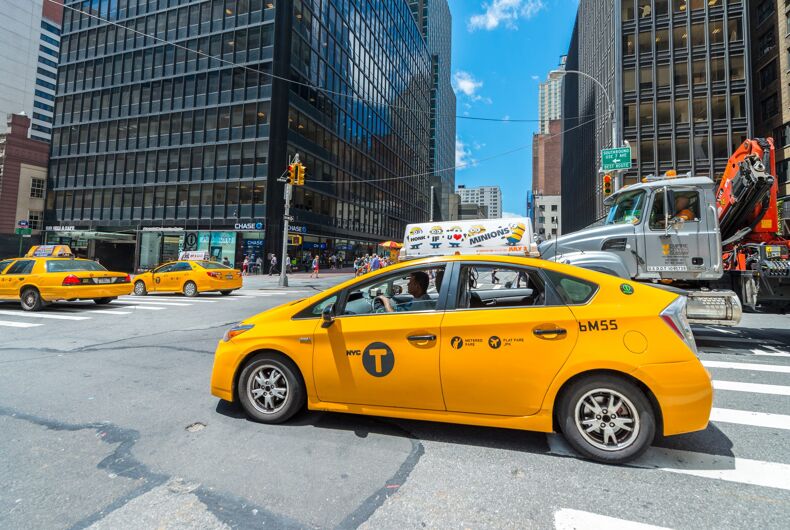 The Taxi and Limousine Commission (TLC) just sent out something of a gift to its drivers right before the holidays.

The commission, which manages all taxi, cabs and livery transportation within New York City, sent out an “Inclusive Language Tips” Guide via email providing drivers with knowledge for respecting people’s pronouns, including “not assuming pronouns based on appearance or name, and apologizing if a mistake is made.”

The guide was emailed to more than 100,000 licensed drivers, according to CNN. “Using someone’s preferred pronouns is a simple way to show respect.” It discourages referring to someone as “it” or “he-she,” and encourages cabbies to “use gender-neutral pronouns such as they or ze” if they are unsure of the individual’s gender identity. “Do not assume someone’s pronoun because of their appearance or name,” one tip reads.

This is not an official policy nor does it involve any rule changes, but “just a few informal, helpful tips,” according to TLC spokesperson Allan Fromberg. The guide is a part of a series of inclusive material being shared with TLC-licensed drivers by its newly created Office of Inclusion, which was started last year to confront service refusals. They also have provided taxi drivers information on how to navigate wheelchair accessibility and cabfare evasion as well.

“I can’t imagine a message of respect would be a bad thing,” Fromberg stated.

The “Inclusive Language Tips” email did not announce a new policy or a rule – we shared some informal, helpful tips about communicating with passengers.