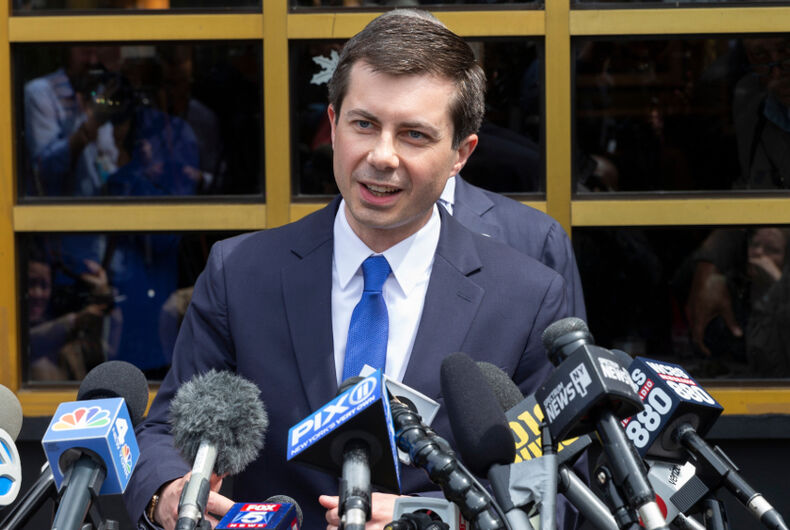 We’re entering that part of the primary season where every week will bring a fresh faux outrage. The past week, it was about Pete Buttigieg’s work as a consultant for management firm McKinsey & Company. Buttigieg worked at the global management firm for three years and, if you believe his critics, did his bit to ensure income inequality across the nation.

Buttigieg detractors have deemed him Pete Romney, connecting him to Mitt Romney, the 2012 GOP presidential nominee. Mitt was a founding partner of Bain Capital, a private equity firm that made Mitt a mint but left a trail of lost jobs and companies saddled with debt. To say that the comparison is far-fetched is an understatement.

For one thing, Romney was at Bain off and on for fifteen years, compared to Buttigieg’s three at McKinsey. More to the point, Buttigieg was a junior staffer recruited at age 24—a whiz kid, for sure, but not a founding partner by any means.

The list of clients that Buttigieg worked with, released this week, isn’t exactly a compendium of the Fortune 500. There were a few nonprofits, a few government agencies (the Postal Service and the Department of Energy), and a Canadian grocery chain, among others.

The one that stood out for his critics was Blue Cross Blue Shield of Michigan. They were quick to point out that McKinsey’s work led to hundreds of workers losing their jobs; Buttigieg countered that the layoffs came two years after he left McKinsey. It’s also notable that several of Buttigieg’s critics favor a single payer system that would eliminate private insurers altogether.

The larger issue derives from the Democratic Party’s increasing discomfort with corporate America. As the party’s left, led by Elizabeth Warren and Bernie Sanders, hammer home Wall Street’s role in fueling income inequality, what Buttigieg probably thought was a nice addition to his resume is now a bit of a liability. (His reticence about talking about his McKinsey work was a tacit acknowledgment of how much the landscape changed in ten years.)

If anything, the outrage says two things about Buttigieg’s candidacy. The first is that his relative lack of experience leaves him more open than other candidates to opponents dragging up career details. For example, no one is talking about Bernie Sanders’ first few odd jobs before finally becoming mayor of Burlington, VT at age 40.

The other is that Buttigieg is now a certified front runner, with all the benefits and grief that comes with that position. Other candidates will be looking to tear him down, and the media will be more critical of him than they were before when he seemed like a really smart sideshow with no chance of success.

As a result, Buttigieg is being portrayed as the establishment candidate by the segment of the party that really disdains the establishment. Everything he does now—from his fundraisers to his health care policy—is going to be subjected to the same line of criticism. He’s become the number one target of progressives.

Just how much the blood the attacks will draw is anyone’s guess. In some ways, they help Buttigieg, who has been positioning himself as the only moderate alternative to Joe Biden – but the criticism will serve as a test of how well Buttigieg can maneuver through the shoals of a national campaign. As hard as it may have been up to now, it only gets harder from here on out.