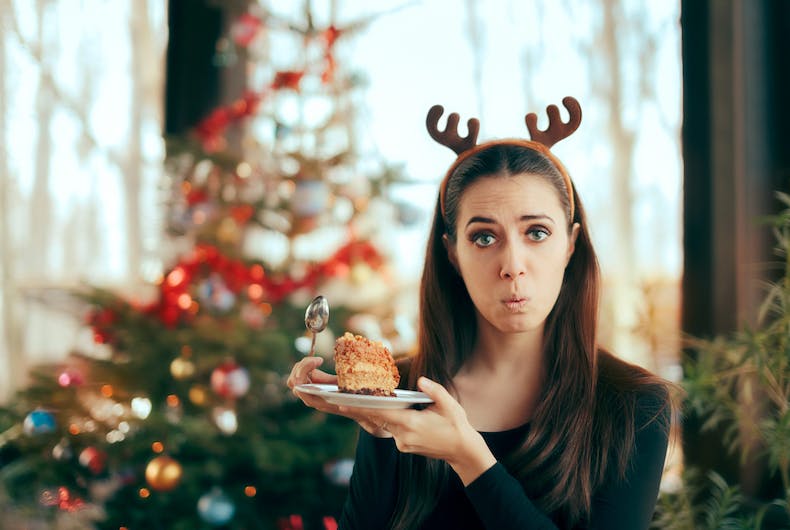 National advice columnists have been pro-LGBTQ rights for years now, but people still keep writing in and asking if they’ve found a way to justify their prejudice. The answer is always a resounding “no.”

Miss Manners is the latest to deftly cut a conservative Christian off at the knees when the woman insisted that her gay relative’s boyfriend shouldn’t be invited holiday festivities.

“As committed Biblical believers, we believe homosexuality to be a serious sin,” the woman wrote, “and do not like being put in the position of appearing to condone it. However, we also feel that each person should have the right to make their own judgments, and so have not said anything about this to the distant relative yet.”

“However, now he is assuming that his man friend is to be included in our Christmas celebration… I feel that this is presumptuous but am at a loss to know how to put a stop to it without causing offense.”

Columnist Judith Martin, who has written the column since 1978, didn’t mince words when she replied – and reminded the woman of the true meaning of Christmas.

“What strikes Miss Manners as presumptuous is the idea that your attending a party with this relative and his partner condones homosexuality any more than your presence amounts to a referendum on the private life of anyone else present,” she responded. “Or their presence on yours.”

“But even if that were so, she would still be at a loss to understand how it would apply only to the companion, but not to the relative.”

“Miss Manners would think that a bit of good will toward all would be appropriate for the holiday,” she continued. “But, as you say, people have the right to make their own judgments.”

“And if yours precludes extending that, you should make other Christmas plans.”

This mother lost her son to anti-gay bullying. Now she wants you to accept yourself.