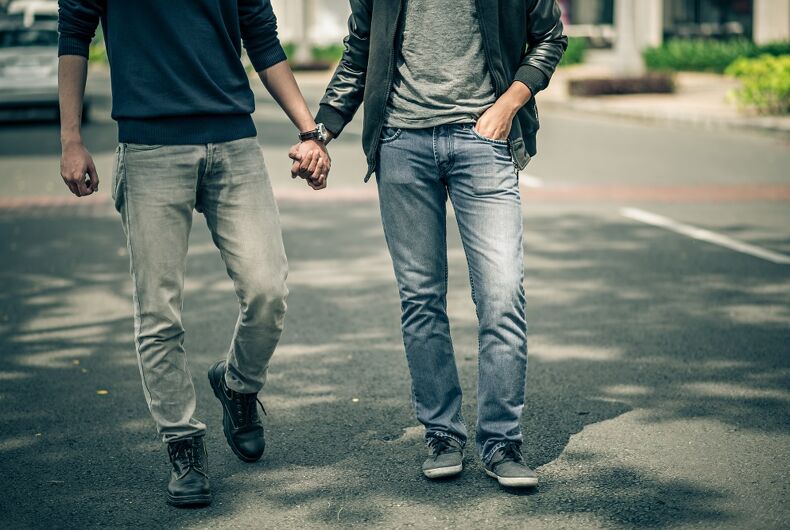 Four men in Washington state have been arrested for allegedly harassing and attacking two men who were holding hands at a taco truck.

According to eight witnesses who talked to police, the group of four men was harassing the gay couple, who were holding hands near a food truck in Pasco early Sunday morning. Several of the witnesses heard the men use the word “f*g.”

According to the witnesses, the men punched one of the victims in the face and he fell to the ground, and the other men kicked him repeatedly.

He was left bleeding on the ground for police to find, and the four suspects had already fled. The witnesses were able to identify them and they were later arrested.

The victim suffered a concussion and bone fractures, according to court documents.