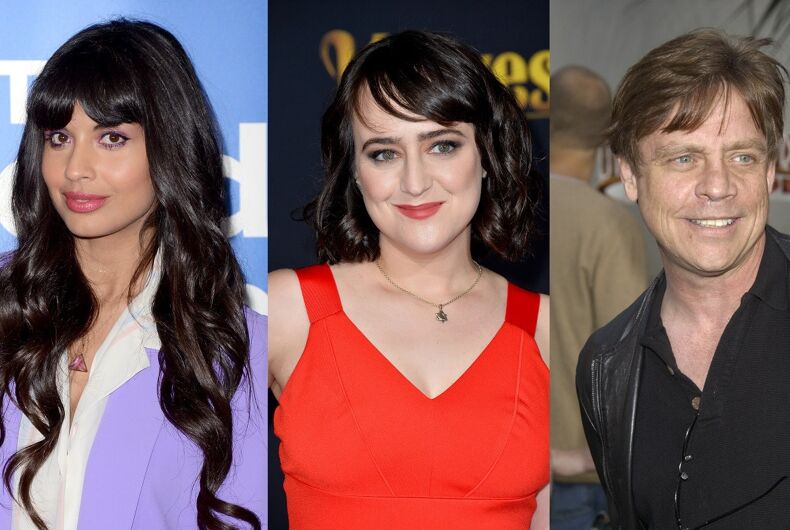 Celebrities and activists are calling out Harry Potter author J.K. Rowling for her transphobic tweet from yesterday.

Referring to Maya Forstater – a tax expert at the Centre for Global Development whose contract with her employer was ended for, among other things, calling trans women “men” – Rowling tweeted that people can “dress however you please” but not “force women out of their jobs for stating that sex is real.” She added the #IStandWithMaya and #ThisIsNotADrill tags, both frequently used by transphobes on Twitter.

A lot of people aren’t having it, including Mara Wilson, the actress best known for playing the titular character in 1996’s Matilda.

“What, exactly, is to be gained by using your platform to be cruel and exclusionary to one of the world’s most vulnerable populations?” Wilson tweeted.

What, exactly, is to be gained by using your platform to be cruel and exclusionary to one of the world’s most vulnerable populations?

One fan noted that Wilson and Rowling are both known for their work in the “magic children” genre….

Star Wars actor Mark Hamill liked Rowlings’s tweet, and then he apologized because he said he didn’t understand the context of the last line or the hashtags.

But in the apology he called Rowlings’s words “transphobic.”

Ignorance is no excuse, but I liked the tweet without understanding what the last line or hashtags meant. It was the 1st 4 lines I liked & I didn't realize it had any transphobic connotation. https://t.co/vefcuZEQF9

Jameela Jamil – who plays Tahani on The Good Place – unfollowed Rowling and tweeted about it with the hashtag #TransLivesMatter.

She then gave some advice to Rowling: start listening to transgender people.

Please follow more trans people, please read about their experiences in this world and know you are contributing to their erasure, abuse and suffering by supporting those who deny their identity/existence. Please wield your immense power to protect those most at risk. @jk_rowling https://t.co/xXM0hNYvcO

Freddy McConnell – whose journey to fatherhood as a transgender man was the subject of the documentary Seahorse – said that Forstater’s words are a “dog whistle” and that he’s sad to see a former colleague thank Rowling.

2. When I was a young journo at The Guardian, I went to Hadley for advice. I looked up to her. She once wrote in support of trans equality and I thanked her for doing so.

What a sad day. https://t.co/OpsbaecSPM

My favorite part of JK Rowling definitely being a transphobe is that no one can convince me Dumbledore isn't nonbinary.

Comedian Travis McElroy called her a TERF (trans exclusionary radical feminist) and said he wished someone else had written Harry Potter.

How much money do I need to Kickstart to go back in time and have someone who is not a TERF write Harry Potter?

Harry Potter and the Wrong Side of History (2019) pic.twitter.com/PRw9heyQAK

.@jk_rowling has aligned herself with an anti-science ideology that denies the basic humanity of people who are transgender. Trans and non-binary people are not a threat to women, and to imply otherwise puts trans people at risk.