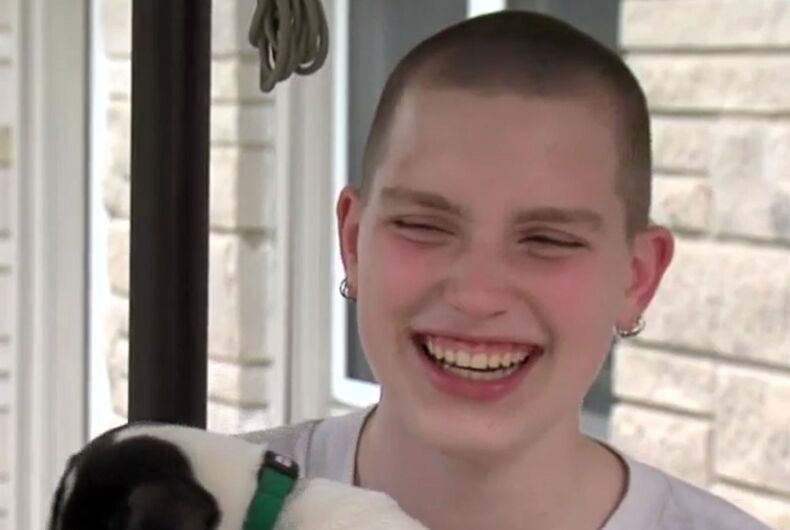 A high school sophomore in Indiana is speaking out against a teacher who refused to call transgender students by their names.

Aidyn Sucec said that former orchestra teacher John Kluge should not come back to teach at Brownsburg High School after he refused to follow the school’s policy and use transgender students’ first names.

“He started calling us by our last names, it was one of those things where he was technically treating all the students the same, but everybody was aware of why he was doing it,” Sucec said. “We all knew that it was because of the three trans students.”

Kluge sent a letter of resignation to the school’s administration, later saying he was told he would be fired if he didn’t resign. On the last day of school, he tried to rescind his resignation, but the school was already looking for a replacement and had locked him out of his work email.

A conservative Christian, Kluge said that the school’s policy was a “violation of our First Amendment rights” because it forced him to recognize his students’ gender.

He said he was concerned that he would be supporting “a dangerous lifestyle,” and cited the high suicide rate of transgender people as evidence. Sucec said that the real problem is transphobia.

“I know he thinks he’s doing the right thing but he’s not listening to the actual people this affects.”

The Indiana Family Institute started a campaign to get Kluge reinstated, saying that the school’s policy is an example of “extreme liberalism.”

Sucec said he doesn’t want the transphobic teacher to come back.

“School will be a more comfortable environment” without him, the student said.

Antigay thugs burned down Warsaw’s rainbow statue. So they made it indestructible.