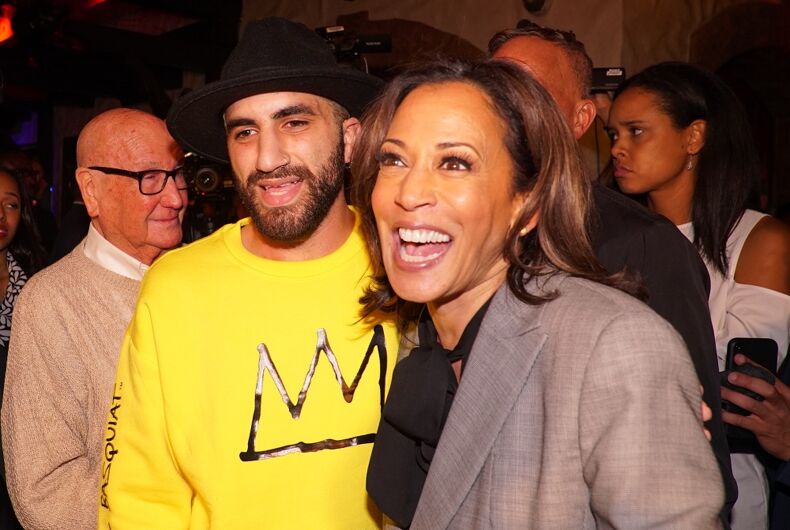 Like many in the LGBTQ community, I was very shocked and saddened to hear the news that Sen. Kamala Harris (D-CA) was dropping out of the race for President.

Although I consider myself a strong supporter of South Bend Mayor Pete Buttigieg, I have always been a big fan of Harris, and I was expecting her to be a force in the race for a much longer period.

I’ve always considered her one of my favorite public servants, both as a constituent of hers as a senator here in California and also dating back to her days as San Francisco District Attorney and Attorney General of California.

As a gay man who has benefited so much from her advocacy on behalf of LGBTQ equality, I will always be grateful for the way she took a stand and married couples in San Francisco back in 2004, when very few people were willing to fight for us.

She was also one of our biggest advocates during the battle against Proposition 8, culminating with when she famously called the L.A. County Clerk when he hesitated and personally ordered him to begin granting same-sex couples marriages immediately.

She has proven herself to be extraordinarily effective as a fighter for progressive values and as someone who represents a hugely important swath of voters across our entire country. And that’s why I seriously hope that, whoever the Democratic nominee for president turns out to be, they will pick her to be their vice presidential nominee.

First, she has a diverse background of experience that would make her an incredible asset to any president: local, state, and federal experience which is unique compared to perhaps anyone else. She’s obviously qualified and doesn’t require any on the job training.

Second, as she herself talked about during the last debate, she has the ability to once again bring together the coalition that was so crucial in electing Barack Obama in 2008 and 2012. Unlike anyone else (with perhaps the exception of Stacey Abrams), she can bring young people, women, and African-Americans into the fold and boost turnout in the states that will be necessary for a Democratic victory.

I’ve said for a while that I think a Buttigieg-Harris ticket would be the best combination for us to win in 2020. They complement each other in so many ways, like Clinton-Gore did in 1992, when Bill bucked the conventional wisdom of picking an older, more experienced candidate and instead doubled down on the qualities that made him so compelling, a union of Pete and Kamala would send a message that this is truly the campaign of freshness, energy, and change.

In any case, I have no doubt that Kamala Harris will be in the next Democratic administration in some form, whether as vice president, attorney general, or another cabinet position. Or she may continue as one of the strongest liberal voices in the Senate, following in the footsteps of former Sen. Ted Kennedy (D-MA) who also ran for president.

I believe in Kamala Harris and am so thankful for her service to this nation, and for the message she sends to all of our youth, no matter their race, gender, or identity, that you can do anything you want in life – even run for president of the United States.

I think I speak for many of us in the LGBTQ community when I say thank you, Senator Harris.