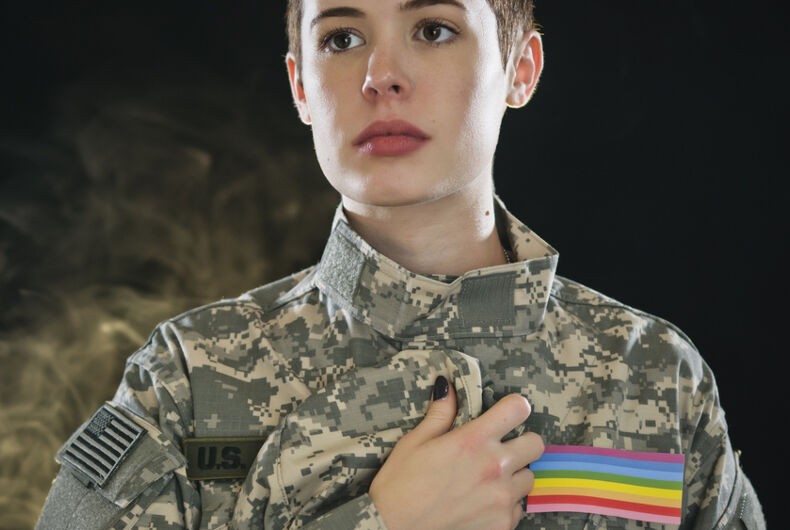 The U.S. District Court for the Western District of Washington has ordered the Department of Defense to hand over documents related to Donald Trump’s transgender military ban including those which would explain his rationale for the ban.

It’s unclear whether the Trump administration will contest the order.

The court order came in response to Karnoski v. Trump, an August 27, 2017 lawsuit filed on behalf of Ryan Karnoski, a transgender social worker from a military family who wanted to join the military but is now forbidden by Trump’s ban. The lawsuit also lists several other transgender military members as plaintiffs and was filed by Lambda Legal and the Modern Military Association of America (formerly known as OutServe-SLDN and the American Military Partners Association).

The lawsuit alleges that Trump’s trans military ban was “made without any meaningful deliberative process and was directly contrary to the considered judgment of the military” and violates “equal protection and due process guarantees of the Fifth Amendment and the free speech guarantee of the First Amendment… [without] any compelling, important, or even rational justification.”

In a statement, about the new district court order, Lambda Legal Counsel Peter Renn said, “We look forward to the court shining a light onto what the government has fought very hard to hide. There is no cloak big enough to hide the deficiencies of the Pentagon’s rushed plan, which was cobbled together after-the-fact to backfill a justification for President Trump’s arbitrary tweets.”

The court order follows a September 2019 Washington D.C. court decision also requiring the military to hand over similar materials that they’ve previously withheld and a Michigan court ruling from the same month requiring an “anti-LGBT organization to turn over its communications with the government regarding the ban,” though Lambda Legal didn’t name the exact organization.

When Trump issued the ban via Twitter in July 2017, military leaders seemed blindsided, referring all media inquiries about the ban to the White House. Trump’s tweets said the ban was because of “the tremendous medical costs and disruption that transgender in the military would entail.”

If Pete Buttigieg wins the primary, Democrats need to rally behind him