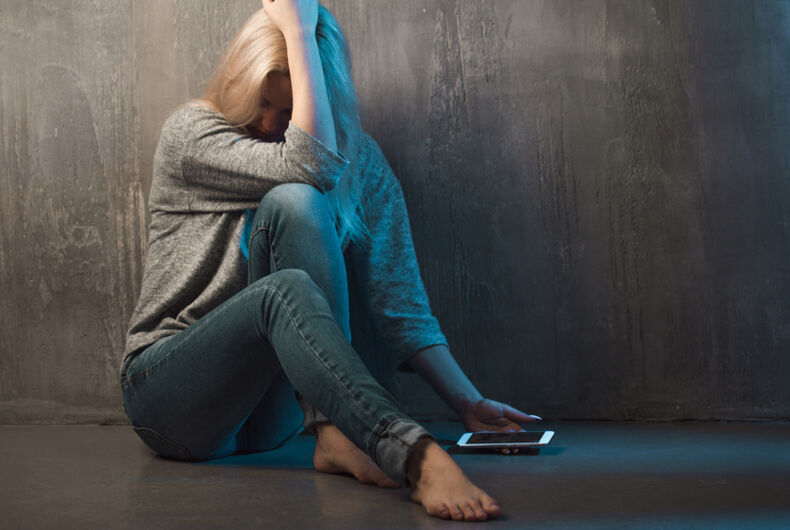 The Federal Communications Commission (FCC) has voted to establish a three-digit phone number for suicide prevention. Similar to the 9-1-1 emergency hotline, the national suicide prevention hotline will be 9-8-8 and it could reduce the higher rates of suicide among LGBTQ people.

A 2018 law tasked the FCC with researching whether such a number would help people. The FCC decided that shortening the National Suicide Hotline from its current 10-digit number to an easier-to-remember three-digit number would help more people get help. Now the proposal enters a months-long approval process starting with a public comment period.

“More than 20 veterans die by suicide every day and more than half a million LGBTQ youth will attempt suicide this year alone,” said FCC Chairman Ajit Pai said. “A shorter, simpler suicide hotline number could be a game-changer.”

The new number is likely to dramatically increase the number of calls, requiring an additional $50 million in funding to help crisis centers staff their phones. Dwight Holton, CEO of the suicide prevention nonprofit Lines for Life, hopes the number will reduce the stigma surrounding mental health.

The new number would also reduce overall costs because right now many people contemplating suicide call 9-1-1, compelling operators to send first-responders like police, firefighters, and EMTs whose time and equipment are expensive. In contrast, a 9-8-8 operator could help talk a someone seeking help through their experience, not requiring first-responders to visit.

The Trevor Project also says LGBTQ youth are four times more likely to consider, plan for, and attempt suicide than their non-LGBTQ peers.