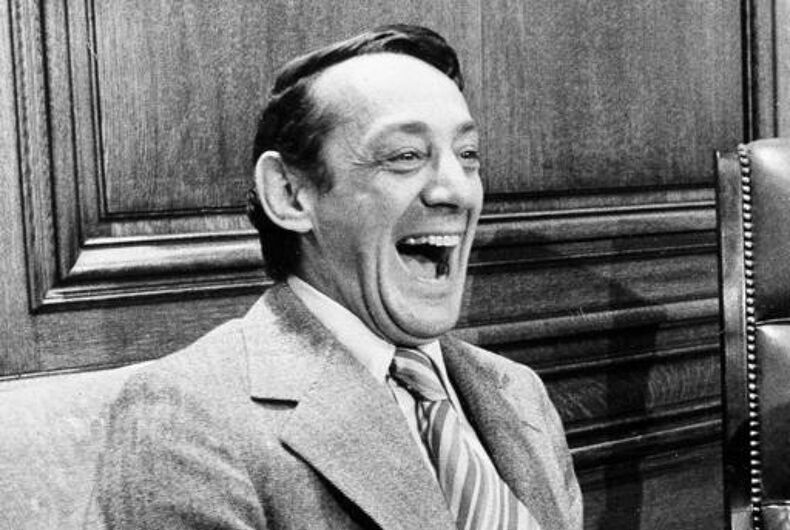 The Navy has started construction on a ship named after gay rights icon Harvey Milk. A former Navy officer, Milk was forced to resign after his superiors found out he was gay.

The fleet oiler is part of a grouping of ships being built and named for civil rights icons. Suffragist Lucy Stone, abolitionist Sojourner Truth, and racial justice champion John Lewis are all being honored as well.

Milk, one of the first out elected officials in America and a vocal proponent for gay rights, was assassinated in office. He famously exhorted gays and lesbians to “come out,” saying it was the way to change the average American’s views on homosexuality.

The crowd marched to City Hall. The officers, who were ordered to hold the crowd back, began attacking marchers with nightsticks. When protestors destroyed several police cars and parts of City Hall, officers used tear gas to stop the riot, and the crowd dispersed. The officers’ badges were taped over, so their names could not be read.

Later that night, the police took to Castro street, raiding a gay bar and attacking people on the streets, many of whom had participated in the march. Fifty-nine police officers and 124 protestors were injured. Two dozen people were arrested.

The clashes became known as the White Night Riots.