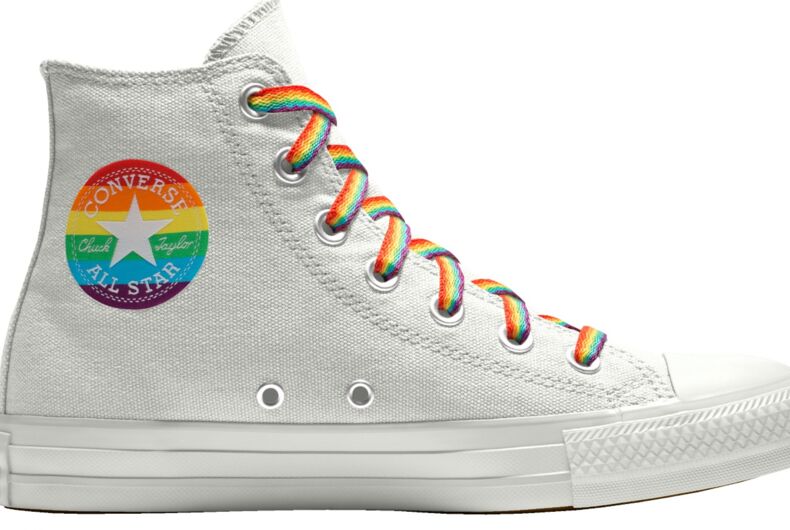 While rainbow shoes have become as common during Pride season as parade floats for banks, Converse is keeping the spirit alive all year round.

Related: An out athlete wore rainbow sneakers while competing in an anti-LGBTQ country

The sneaker company’s pride collection was one of last summer’s most popular and included a trans-themed version for the first time.

The shoes will set you back $75, but you’ll look like you belong in Hollywood.