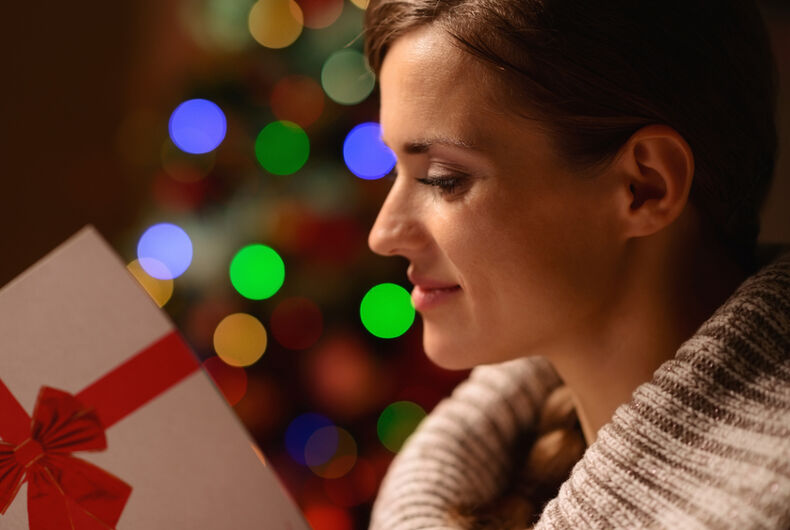 A 21-year-old bisexual transgender man named Ellis Roberts-Wright sent 4,000 Christmas cards this year to LGBTQ people disowned by their families, providing them a small bit of cheer on what can be a lonely and stressful holiday.

Roberts-Wright sent the cards as part of his Rainbow Cards Project which he runs out of his home in Axminster, England.

Roberts-Wright started the Rainbow Cards Project four years ago after he spent the previous year recuperating in bed from myalgic encephalomyelitis, a chronic fatigue syndrome that made it impossible for him to feed himself or hold a conversation.

While his parents helped care for and feed him, his friends sent him letters. He was so touched by their love that he began thinking of other queer people who didn’t have supportive families. Although his parents accepted him after he came out, he knew others weren’t so lucky.

“Not getting Christmas cards is a symptom of a much larger rejection,” Roberts-Wright told DevonLive.com. “It’s not the Christmas cards, it’s that their family doesn’t love and support them anymore.”

He said his cards are the only ones some people have ever gotten. Some recipients write back to his P.O. box, thanking him for his kindness, sharing their tears of appreciation, or telling him how his cards saved their lives after years of isolation.

While the majority of his recipients are in the United States, others come from Britain, or countries where it’s illegal to be gay.

“For trans recipients, it’s quite a big thing,” he said. “A lot of them don’t have people in their life who call them by their own name, or address them by the right pronoun.”

To sign up to receive a card, people simply enter their addresses at the Rainbow Cards Project website, and he sends them a card. He makes sure to protect people’s addresses, and the project doesn’t just focus on holiday cards. He also sends birthday cards or cards for other holidays, if preferred.

Roberts-Wright said, “I knew I could never replace someone’s relatives, but I figured I could reach out with a little kindness and help them feel like a part of a bigger family; a family that doesn’t care who they love or how they identify – the international, multi-racial, hundred-language-speaking family that so many of us find within the LGBTQ+ community.”

The ten most shocking LGBTQ stories of 2019