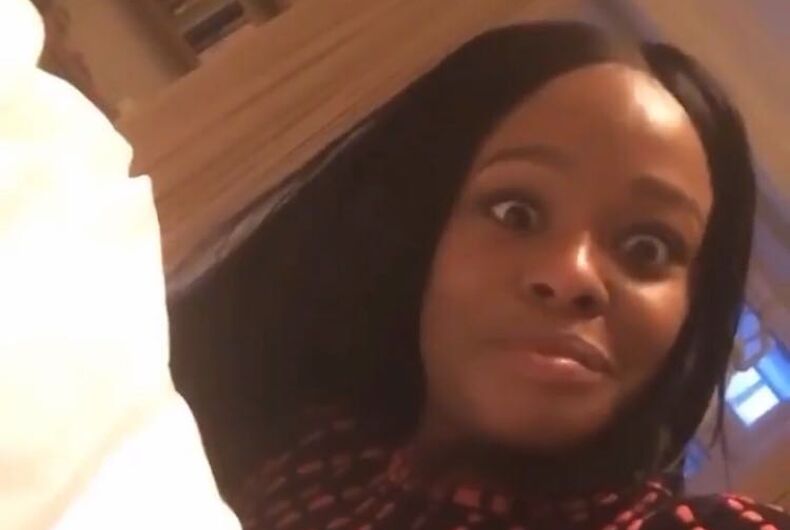 ‘212’ rapper Azealia Banks surely has a lot to say about everything and everyone, and she is rarely regretful about any of it.

Last month, after learning gay music artist Frank Ocean starting a nightclub party series called “PrEP+” – named after the HIV prevention drug Pre-exposure prophylaxis – Banks ranted for over 7 minutes online, bashing PrEP takers and Ocean. She derived that those taking the “evil” pill “need a psychiatrist”, and claimed that Ocean was “probably getting paid by some white gay corporation” to promote the “f**king death trap”.

Related: Wendy Williams wants fans to know she’s not a lesbian: “I like men & I like the D”

This was the latest in a storied and well-documented history of blatant ignorance and bigotry promoted by Banks, which most notably led to her ban from Twitter in 2016 for homophobic raves directed at Zayn Malik. Despite this, she has, by her own omission, a mostly LGBTQ fan base.

“Clearly I have a lot of gay male friends,” Banks said during her anti-PrEP tirade. “…There’s no reason for you to need to have a f**king pill so you can just f**k whoever you want.”

Hope seemed to be on the horizon this week, however, after Banks issued an apology via Instagram. “…a few weeks ago I went on a rant about [PrEP] meds and I am just doubling back to say…… I’m sorry,” her Instagram story and subsequent post read. “It’s not my place. It was extremely insensitive. Who cares if I meant well, that wasn’t the way. I’m really really sorry.”

In the comments of the post, Banks even went further to admit that she learned “all these ‘tough love’ and anger styles of expressing myself which have surely been passed down through generations of oppression.”

“It’s time i let that generational debris go…I don’t want to be a reflection of [‘angry slave master teachings’]. I don’t want to be a relic of the past anymore.” In a follow up comment, she also admits that she “just wants to stop hurting people,” and “the ways I’ve been taught to love are not correct.”

Yet, less than a few days later, Banks reverted back to her signature provocative attacks. In between claiming that singer Tinashe is copying her artistic direction and that Victoria Monet is obsessed with her, Banks replied to several Instagram comments with homophobic and transphobic remarks, such as when one comment claimed she “fell off badly”.

“I have no clue why you gay boys think women actually care what you think. We only pretend to so we don’t have to smell your d**k breath,” her comment reads.

When another questions her fashion choices in recent pictures, the rapper in turn claims that the comment maker is “a bearded drag queen,” then saying “Confusion is your nature[,] honey[.]” In another response, Banks complains that it’s “always the dirty ghetto butch queens” that critique her.

Then last night, Banks made a long text post on her Instagram story claiming she will “have to eject” because of how “the gays…are into a lot of shit/people I just don’t find value in.”

“So, gays…..I bid you adieu …. these last 8 years were fun,” she writes over the accompanying selfie. “P.S. IM (sic) GONNA MISS THE KUNTS…Even though I won’t be here I’ll be thinking about you all the time.”

See Banks’ comments, followed by her ‘adieu’ story post below.

😮 @azealiabanks Comments Back To Negative Comments About Her But Her Comments Seem A Little Harsh & _____ You Fill In The Blank. #AzealiaBanks #Comments #IGPost #Entertainment

One fifth grader was thankful for two dads. That triggered this substitute’s homophobic rant.