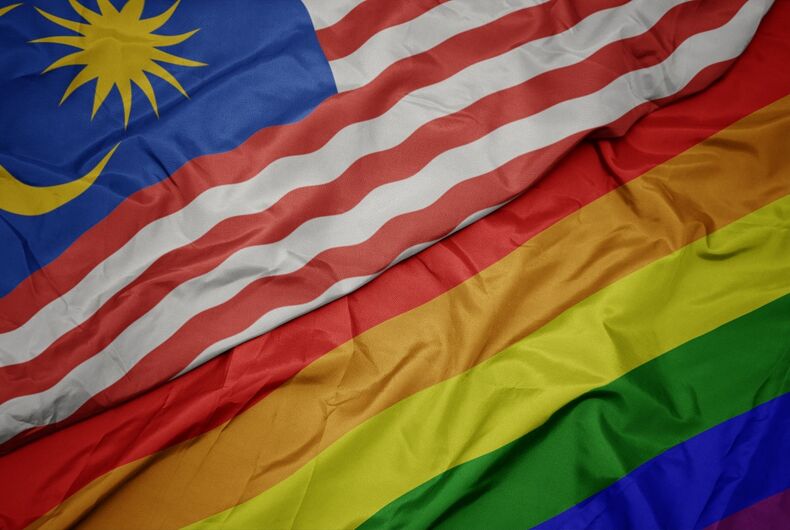 Two gay tourists were arrested in Malaysia for “immoral acts.”

Tang Van Duc, 22, and Lee Vu Linh, 29, are a couple from Vietnam and they were traveling in Malaysia earlier this month.

Related: Its Pride month & I have never been so afraid. I live in Malaysia.

The New Straits Times reports that the couple entered the country on a tourist visa on October 18. At 9:30 p.m. November 12, they were arrested and charged with an “immoral act” with an undercover agent in their hotel room in George Town, the capital of the state of Penang.

The men pled guilty to the charges against them. Judge Norhayati Mohd Yunus ordered them to pay a fine of RM1000 (around $240).

Local media has published a picture of the men, reminiscent of how U.S. media used to publish the pictures of men arrested in gay cruising stings.

Malaysia has been cracking down on homosexuality in the past few years, caning four men just last week for “intercourse against the order of nature.”

Arrests, forced conversion therapy, and public violence against LGBTQ people have been mostly reserved for the citizens of the Muslim-majority nation, but it appears that foreign tourists will also be prosecuted for violating Malaysia’s moral laws.

In Vietnam, where the couple is from, sex between two people of the same sex is not illegal, gay and bi people can serve in the military, and 45% of people in a recent survey said they support marriage equality, even though discrimination against LGBTQ people is not banned in the country.