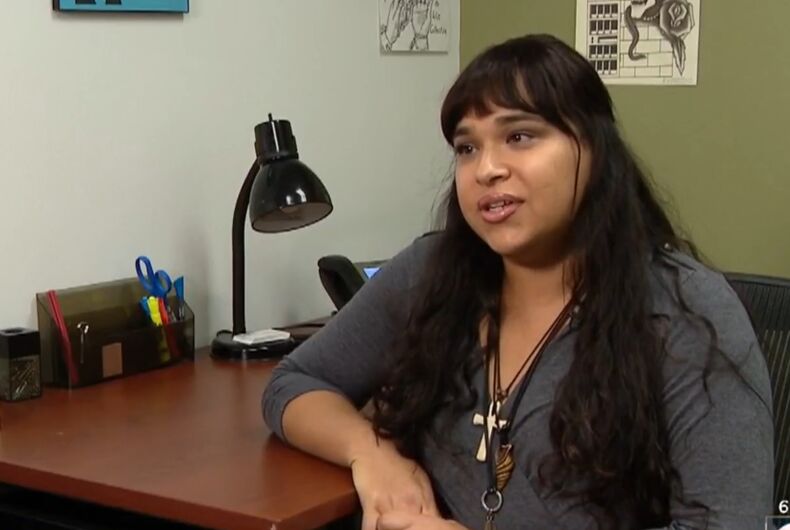 A group of transgender people in Illinois is suing the state for the right to change their name, a right the state took away from them when they were convicted of a felony.

Reyna Ortiz, 39, told CBS Chicago that she has been using her first name for over two decades now – she knew she was transgender when she was 13.

But “Reyna” isn’t her legally recognized name in the state of Illinois.

Ortiz and seven other transgender people in the state are suing to change their names.

“People have already been convicted of a crime,” said attorney Avi Rudnick. “Why should they have an extra barrier that is actually creating a public safety issue?”

“Allowing people to have a name change not only decreases their exposure to that violence, but gives them an opportunity to actually get a job and get employed, and to not end up in this cycle of poverty and criminalization,” Rudnick continued.

For Ortiz, the matter is also personal: “You just kind of walk around feeling incomplete as a person.”

“I have endured abuse, harassment, and humiliation from police, employers, co-workers, and other public service providers such as bank employees,” said Chauntey Mo’Nique Porter in the complaint in Pennsylvania.