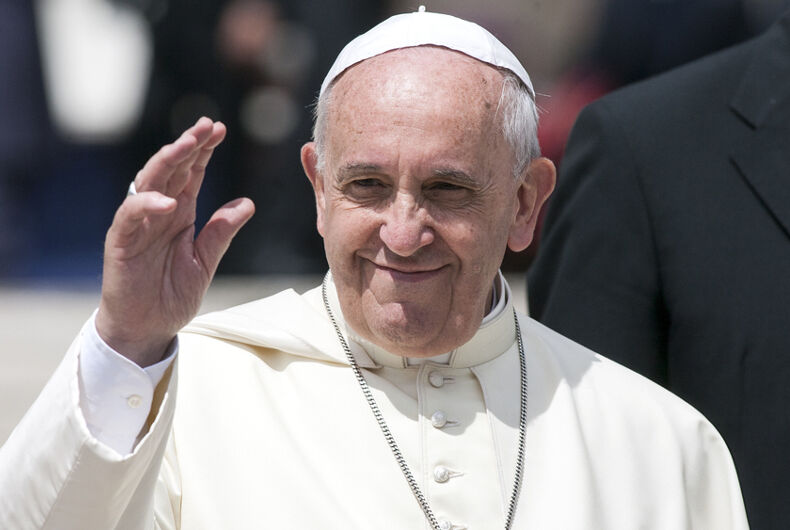 Jayne Ozanne, a British lesbian evangelical Anglican and well-known LGBTQ activist within the church, says that during her meeting at the Vatican with Pope Francis, the leader of the Catholic Church showed “concern” over conversion therapy, the widely discredited practice of trying to change someone’s sexual orientation or gender identity.

Related: Pope Francis told a gay comedian that people who “discard” him “don’t have a human heart”

“[He] seemed to understand what conversion therapy was,” Ozanne told Reuters. “I thought he was extremely warm, he was very pastoral. He seemed concerned … I felt very embraced.”

Although the Vatican hasn’t publicly commented about their meeting, Ozanne has made a name for herself by sharing her experiences trying to rid herself of her same-sex attraction via her newspaper columns and two books: Journeys in Grace and Truth: Revisiting Scripture and Sexuality (2016) and Just Love: A Journey of Self-Acceptance (2018).

In her 2015 interview with The Sunday Times, Ozanne said she had undergone “deliverance ministries” and exorcisms as a young person to try and drive her same-sex desires out of her body. Unable to do so, she had a nervous breakdown and was hospitalized.

She tried to remain celibate for a long time and, while working for the Anglican church’s Archbishops’ Council, she saw homosexuality as incompatible with Christianity. But she later came out in 2015 and became the director of Accepting Evangelicals, a group supporting Christians in “faithful, loving same-sex partnerships.”

In the past, Pope Francis has made comments supporting conversion therapy, condemning gender confirmation surgery for trans people and declaring that gay people can’t make families. At other points, he has said that God makes people gay and that the Church should apologize for their mistreatment of gay people.