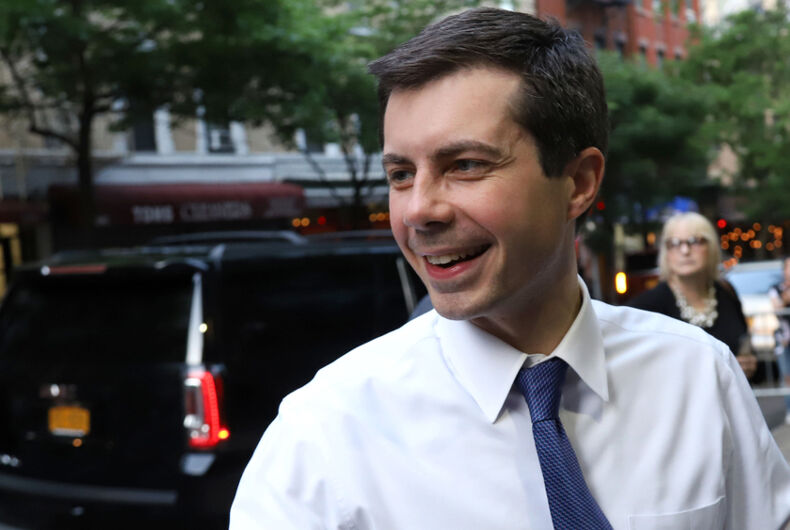 South Bend Mayor Pete Buttigieg (D) has shot ahead of his fellow 2020 Democratic presidential hopefuls in a recent Iowa poll.

A poll in Iowa by the Des Moines Register/CNN/Mediacom found that 25% of likely Democratic caucusgoers say that Buttigieg is their first choice for the Democratic nomination, a wide margin above Sen. Elizabeth Warren (D-MA) at 16%, former Vice President Joe Biden at 15%, and Sen. Bernie Sanders (I-VT) at 15%.

The other Democratic candidates came in under 6% in the poll.

The same poll in September found that 9% of likely Democratic caucusgoers supported Buttigieg, representing a big leap for the mayor in the past two months.

Still, a lot could change before the Iowa caucuses next February; only 30% of respondents said that their minds are made up.

“This is the first poll that shows Buttigieg as a stand-alone front-runner,” said J. Ann Selzer, president of Selzer & Co., the firm that conducted the poll. “There have been four candidates that have sort of jostled around in a pack together, but he has a sizable lead over the nearest contender — nine points. So this is a new status for him.”

But this isn’t the first poll to show Buttigieg in first place in the Hawkeye State. A Monmouth Poll released last week found that 22% of likely caucusgoers said that Buttigieg was their preferred candidate.

Iowa will be the first state to hold a primary in 2020, giving it out-sized influence on who will represent the Democratic Party in the general election. Candidates want to do well in that state to show voters in later states that they have a real shot at winning.

While Buttigieg is polling well in Iowa, he’s not doing well in other early primary states, notably South Carolina, which will hold the fourth primary of the year.

According to RealClearPolitics, Buttigieg is averaging 8.0% in national polls, which puts him in fourth place behind Biden, Warren, and Sanders.

Trump’s impeachment would leave a nearly identical Republican party. Focus on them.

Did Facebook reject these tame clothing ads from a gay company for being “vulgar”?