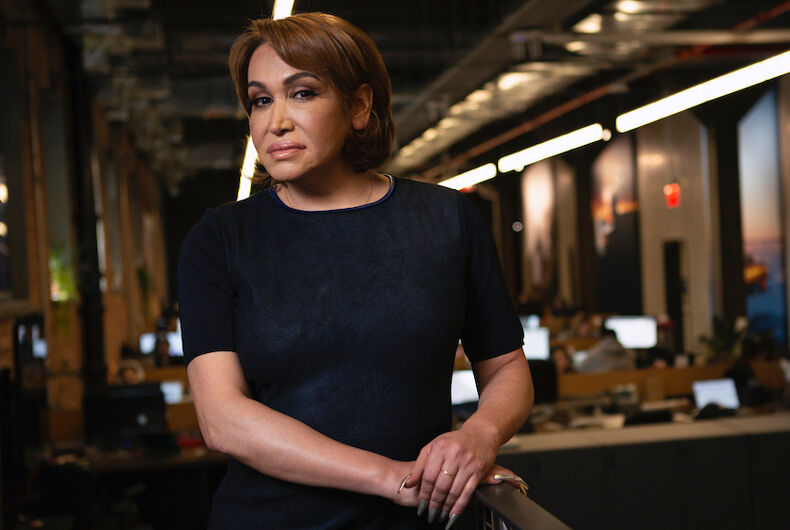 A transgender woman in business attire in an office.Photo: The Gender Spectrum Collection

Michigan Secretary of State Jocelyn Benson has unveiled new policies making it easier for people to change their gender on driver’s license or state identification card.

Effective immediately, Michigan residents can have the gender marker on their ID changed by paying a $9 or $10 fee, filling out a form and taking an updated photo. They won’t need to present a birth certificate, a passport or court order, reports Michigan Live.

The Secretary of State announced the new changes at a press conference alongside Lilianna Angel Reyes and Jeynce Poindexter, of the Trans Sistas of Color Project, a group that seeks to “uplift, impact, and influence that lives and welfare of transgender women of color in Detroit.”

In a statement, Benson said an estimated 81% of transgender Michigan residents lack proper ID. This can create “chances for misunderstandings when interacting with law enforcement, health-care providers, and others,” Poindexter said.

The National Center for Transgender Equality reports that 18 U.S. states currently require trans people to present “certification” from licensed medical or psychological professionals before changing the gender markers on their ID.

While Michigan’s updated policies will make life easier for transgender individuals, the state still doesn’t offer non-binary designations on its government-issued ID cards — 18 other states do.

Whitney Houston comes out after her death. Again.