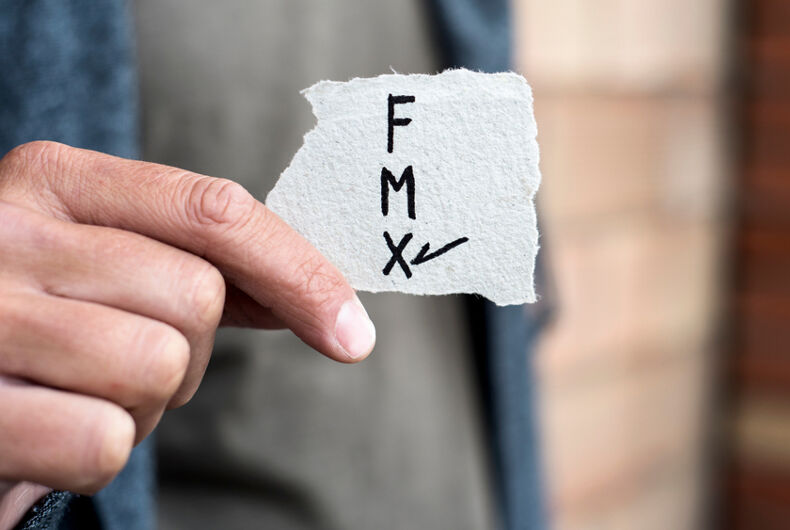 Illinois Governor J.B. Prtizker just signed House Bill 3534, a law which will allow intersex and other individuals to get a non-binary gender marker on state driver’s licenses and identification cards.

Illinois’ Secretary of State must now figure out how to implement a new driver’s license and identification card issuance system in accordance with the law. But once it figures that out, Illinois will be the 18th U.S. state to offer (or soon offer) non-binary designations on its government-issued ID cards.

The lack of a gender-neutral marker on an identification document causes emotional distress and violates the right to be free from discrimination on the basis of gender identity. When gender-related appearance does not match identification documents, intersex, trans, and non-binary individuals are faced with significant hardships, ranging from difficulty using credit cards for everyday purchases to harassment and violence.

According to Illinois data from the 2015 U.S. Trans Survey, 34% of trans Illinoisans who have shown an ID with a name or gender that did not match their gender presentation were verbally harassed, denied benefits or service, asked to leave an establishment, or assaulted.

State Senator Cristina Castro, who authored the bill, wrote, “It has always been stressed that our driver’s license and state ID cards should be as accurate as possible. Allowing a gender-neutral option only helps to make it more accurate. It has been long enough, and it’s time for not only the state, but also its agencies to adapt. I am happy to see the governor sign my bill.”

Meanwhile, at least one non-binary and intersex advocate, Dana Alix Zzyym, is still fighting the U.S. federal government to have it issue a passport with a non-binary gender marker of “X.” Otherwise, non-binary people face harassment while traveling abroad as x-ray scanners can detect “anomalies” on the bodies on non-binary folks.

Ivanka Trump converted to Judaism. Her father is an anti-Semite.