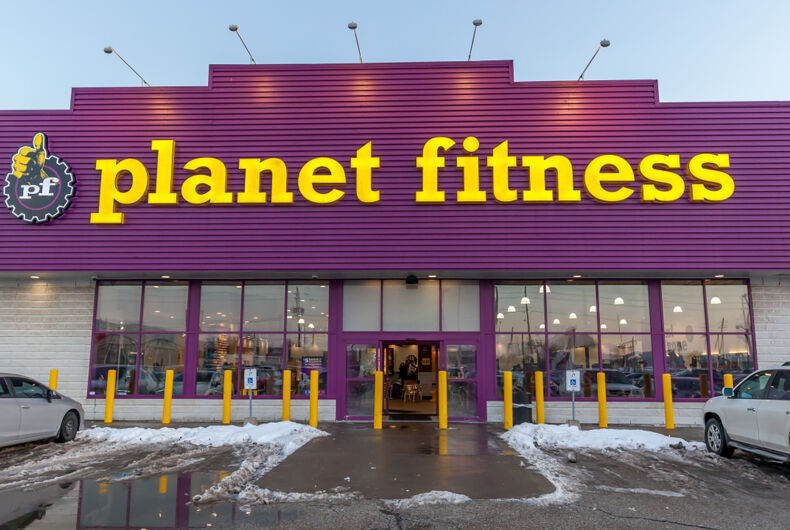 A 60-year-man named Marc Bernier has been banned from Planet Fitness and given a one-year injunction to not contact a transgender woman who he repeatedly threatened to kill last March after she used the women’s locker room at the gym. He also has to pay a $500 fine.

Bernier was found guilty of having violated the New Hampshire Civil Rights Act after prosecution by two-year-old Civil Rights Unit of the state’s Attorney General’s office. He still faces misdemeanor charges for his death threats.

Related: A cis woman got banned from a gym for insulting a trans woman. She thinks she’s the victim.

The incident occurred on March 17, 2019, when he walked up to an unnamed transgender woman and asked, “Hey, are you a guy or a girl?” The woman reportedly said her gender was none of Bernier’s business.

He said it was his business “because my wife changes in that locker room and if I see you going in there again I’ll fucking kill you.”

After she reported Bernier to a Planet Fitness employee, the employee told him that she could use the women’s locker room and that his wife could use a private changing stall if she liked. That apparently wasn’t satisfactory to Bernie because he threatened to kill the woman over and over again, even repeating the threat to police when they arrived later. He repeatedly referred to the trans woman using male pronouns too.

Iowa is one of 17 U.S. states that has laws explicitly protecting trans people’s rights to public accommodations such as hotels, locker rooms, and bathrooms.

Joshua Harmon’s “Admissions” reflects whiteness back at itself