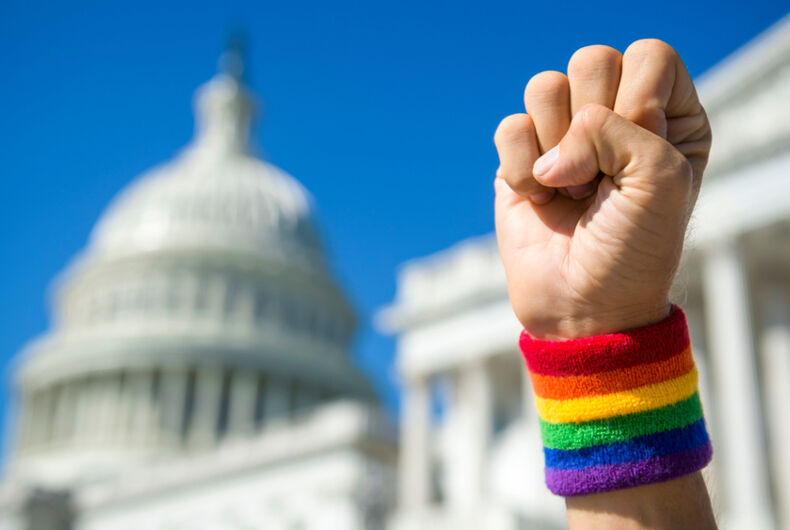 So far this year, 144 openly LGBTQ candidates won their races, according to Victory Fund, an organization which supports LGBTQ political candidates nationwide. In addition, 12 races involving LGBTQ candidates remain undecided or are headed to runoff elections.

A total of 382 known out LGBTQ candidates ran in political races this year. Among last night’s winners were eight bisexuals, 20 lesbians and nine trans women, including Danica Roem who serves in Virginia’s House of Delegates, making her the first-ever trans person to win re-election for a state legislature in the U.S.

Here’s a breakdown of the candidates’ gender identity and sexual orientation:

Interestingly, 83.2% of LGBTQ candidates ran as Democrats and only 2.4% ran as Republicans — hardly surprising considering the Republican’s party anti-LGBTQ platform. Some LGBTQ candidates even won in red states like Texas, New Mexico, Georgia, and Missouri.

LGBTQ candidates are winning elections in numbers and in parts of the country thought unthinkable a decade or two ago. LGBTQ people are in every community – we are people of color, women, immigrants, and people with disabilities – and we come from families both liberal and conservative.

This beautiful diversity provides an opportunity to connect on some level with every single voter in America. That is the reason LGBTQ candidates are winning in unprecedented numbers, and this will only accelerate in the years ahead.