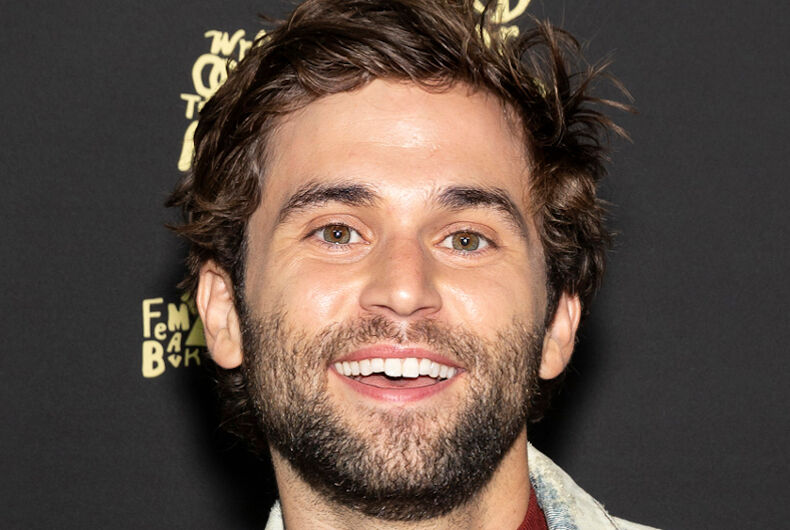 Related: This absolutely romantic video of a gay couple’s proposal has gone viral & it’s obvious why

In the film, Borelli will play Sam, a “handsome, funny, neurotic, intelligent young gay man who combines a scathing wit with an overly idealistic worldview,” according to Deadline.

Sam was bullied as an out teenager in his small-town Missouri high school. So he’s less than thrilled when he’s forced to take a car ride with his high school enemy, Harry, to attend a friend’s Valentine’s Day engagement party in their hometown. But on the way, Sam learns that Harry has come out, leading to a friendship and a possible romance.

Harry — played by new actor Niko Tehro — is an “’emotionally uncomplicated, promiscuous player’ who secretly ‘yearns for love, family and stability,’ even though commitment terrifies him,” TV Line adds.

As young gay men in the 90s, whenever a rom-com opened, we would watch the leading lady fall in love and imagine what it would be like if the boy was saying all those things to another boy. We’ve always wanted to make a movie — an unabashedly romantic comedy — that queer boys wouldn’t have to translate.

The film is expected to come out February 2020 on the streaming platform Freeform.

Puerto Rico will vote on some horrifically anti-LGBTQ laws. Ricky Martin is trying to stop it.