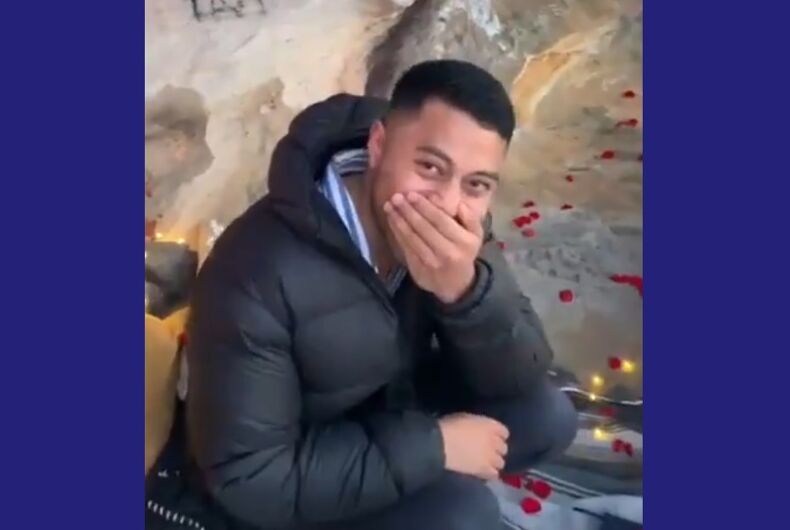 A romantic video of a man proposing to his boyfriend has gone viral on social media.

Naisa Lasalosi is a musician who has appeared on X Factor (Australia), and he posted the video of his boyfriend Andrew Price proposing to him on the beach.

Price led Lasalosi down a path where he had strewn rose petals and set up a picnic with lights and candles.

“Are you serious?” Lasalosi said, smiling and amazed.

Related: Their relationship has been a whirlwind. So was his death defying marriage proposal.

Price then takes out a ring and proposes to Lasalosi. His response can’t even be heard over their tears of joy. Then they watch the sunset over the sea together.

Lasalosi also posted the video on Instagram and wrote: “Yes! And yes again x1000000. I love you A. I love everything about you. My heart leaps! Happy is an understatement. Cheers to forever catching the sun and sleeping under stars together.”

The video has been viewed over a million times on Twitter so far.

A trans student had top surgery. His college said that was ‘sexual perversion’ & kicked him out.

Russia is trying to take this gay couple’s kids away. So they’re fleeing the country.