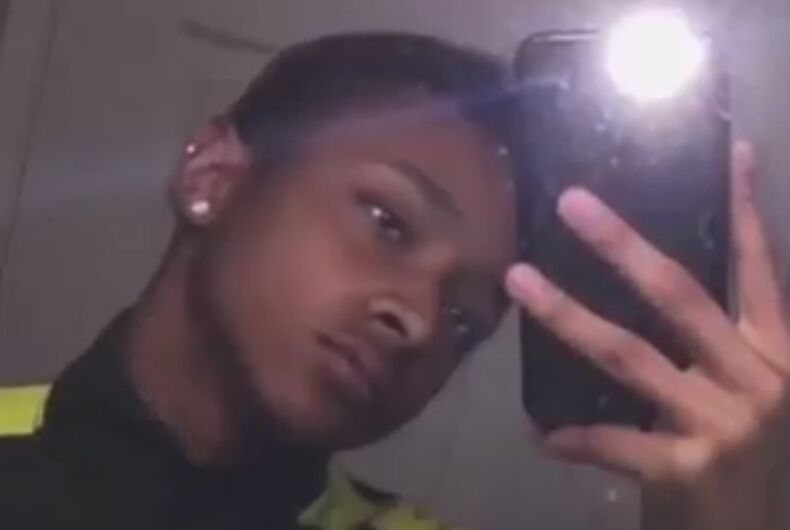 Wendell Melton, the father and accused murderer of Giovanni Melton, appeared in a Nevada court this week – mere days after the two year anniversary of Giovanni’s death.

Giovanni, 14, was gunned down in his father’s home in Henderson, Nevada on November 3, 2017. Wendell initially claimed that he pulled the trigger ‘accidentally’ in the midst of an argument, but Giovanni’s adopted mother, family and friends concur that this happened due to Wendell’s known homophobia. Varying reports claim that Giovanni and his father did not live together at the time of his murder.

Related: Teachers terrorized a lesbian high school student to keep her out of a relationship

Giovanni and his older brother were living largely alone in a condo, according to neighbors, who knew the boys because they would often ask for food. Court records show that their mother abandoned them and an allegation of child abuse had already been made against their father Wendell, 53.

Sonja Jones, who described herself as Giovanni’s former foster mother, said that Wendell hated the fact that his son was gay. “Giovanni was abused physically and mentally and spiritually for many, many years,” she said.

“He hated the fact that his son was gay,” she said. “I’m sure that inside of his mind, he would rather have a dead son than a gay son.”

She said that the brothers told her that Wendell had once pulled a gun on Giovanni when he caught the teenager with another boy.

When police responded to Wendell’s 911 call, they found him in possession of about 6 illegally obtained guns, according to The Advocate. Despite the prior alleged incident at gunpoint, the local police and news team didn’t report the incident as being motivated by homophobia, with a police officer reporting that the department would treat that as ‘a rumor’.

After being arrested and charged with murder, child abuse and illegal possession of firearms, Wendell had his bail quietly lowered by over 3/4 its total in March 2018.

Wendell’s trial was postponed in July, and he was granted release onto house arrest in August 2019, after 22 months in jail.

At that time, Giovanni’s biological mother, Veronica, described how she felt ‘betrayed’ by Clark County District Attorney’s prosecutors, who vowed to oppose lowering bail, but then didn’t in March 2018, allowing for Wendell’s eventual release. Both Veronica and Jones have been pressing the district attorney’s office to include hate crime enhancements to the charges, but they have yet to be added.

Wendell’s hearing this week was the last to determine if both sides are finally ready to proceed to trial two years after the incident, according to ABC’s Las Vegas affiliate KTNV. The next court date has been set for February, but it was not reported if the trial is set to begin at that time or not.

Meanwhile, Veronica and other people who cared for Giovanni wait for answers – answers as to why prosecutors allowed for bail, why we are still not at trial entering the third year since this event, and why Wendell’s charges don’t reflect the hate crime he’s accused of.

Half-Loaves are not enough: How a probate court and legislature failed trans people