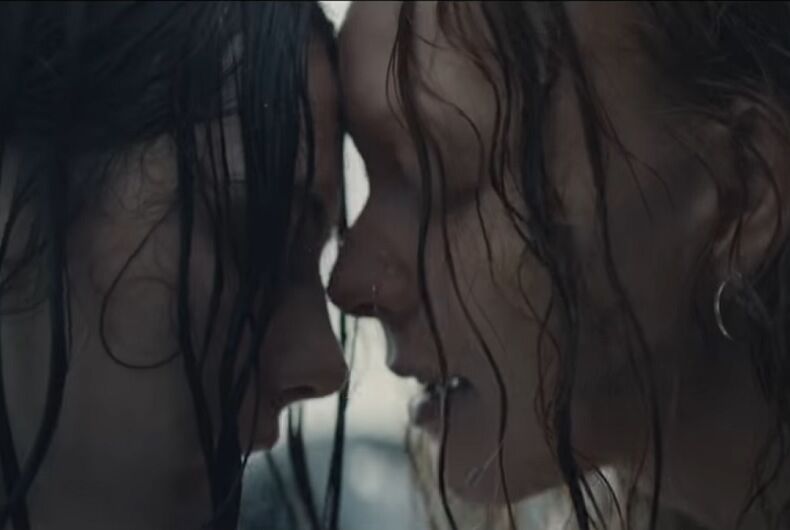 As teens, the two girls in the ad kiss.Photo: Screenshot/via YouTube

An intense new ad from Renault UK follows a lesbian couple for thirty years, from when they meet as children to when they raise a child together.

With the title “30 Years in the making,” the spot celebrates the thirtieth anniversary of the Renault Clio, which was launched in 1990.

In the ad, a girl from the U.K. leaves home to spend a summer in France with a family that has a daughter around her age. The girls connect over music and ice cream, as a cover of “Wonderwall” plays in the background.

Over the next several decades, their relationship gets intimate. They kiss, one of their dads finds out and rejects his daughter, the other marries a man… but in the end, they’re together and have a child who they’re taking to visit the child’s grandparents.

“Many things have changed in those thirty years,” said Dave Monk of Publicis-Poke, the firm that made the ad. “While technology, design, attitudes and culture will always shift and change, one thing will always stay the same as long as humans have hearts. The love story. This is a simple and universal tale of two souls on their own enduring journey of life, love and passion.”

Whitney Houston had a physical relationship with a woman, new memoir claims