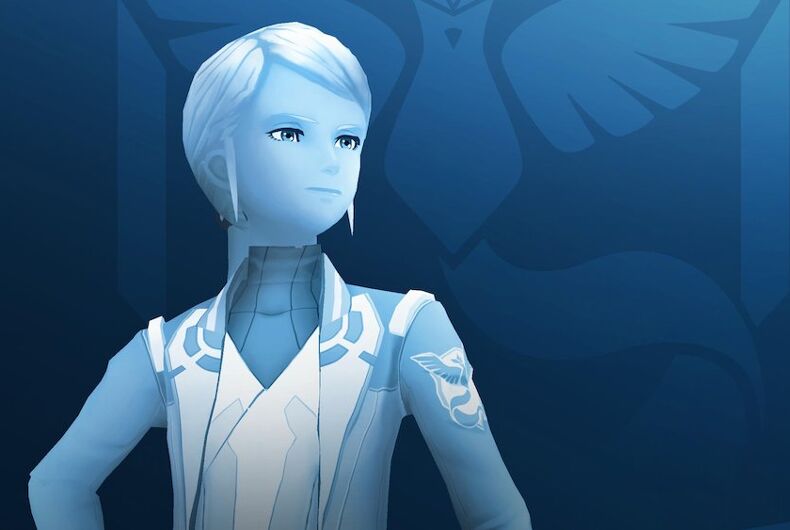 The official blog of Pokémon Go, a massively popular mobile game, has fans excited with the possibility that one of its lead characters is non-binary.

The post states that while working on a malfunctioning piece of machinery, “Blanche became visibly upset, which tends to happen when things don’t go to their carefully curated plans.”

The use of the non-binary pronoun for Blanche seems especially conspicuous since the same blog post uses “he” when referring to a man from the villainous Team Rocket.

It also confirms suspicions raised this last summer when the official Pokémon Go Twitter account referred to Blanche by their name only while using male and female pronouns when referring to the other team leaders. However, comicbook.com notes that non-English versions of Pokémon Go refer to Blanche using feminine pronouns.

While some commenters think that the use of the non-binary pronoun “they” in the recent blog post may refer collectively to Team Mystic’s “carefully curated plans,” other Twitter users are overjoyed with the prospect of a non-binary canon character in the Pokémon universe.

So, uh, Pokémon GO just went and used singular they for Blanche's pronouns. In an in-universe story.

Which is doubly appropriate because Blanche, while a real name, means white, aka the non-binary color on the trans pride flag.

This isn’t the first time the game has waded into potentially queer territory. When Pokémon Go game first premiered in 2016, one player labelled the rabidly anti-LGBTQ Westboro Baptist Church as a gym claimed by a pink “Clefairy” creature named LoveIsLove.

Earlier this year, the Merriam-Webster Dictionary added “they” as a singular non-binary pronoun to their online and print editions.

Ex-gays are going to D.C. to lobby against LGBTQ laws