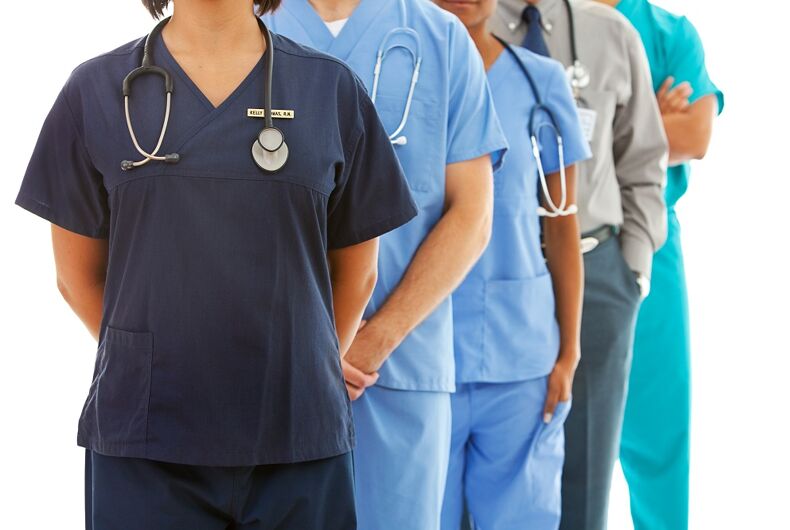 A nurse in Ohio was put on leave after she made some transphobic and homophobic comments on social media.

Cindy Carter is a nurse at Bethesda Butler Hospital in Cincinnati, part of the TriHealth network.

Related: Queer women talk about health care horror stories: ‘I woke up on a male ward’

Carter was apparently upset about the brand Always, which last week said it would stop using the female symbol on its menstrual product wrappers. She wrote on Facebook:

Fuck “Always.” This country has gone to complete shit. Women have periods, men don’t. Why do certain applications ask for LEGAL SEX… you’re either male of female. There’s no fucking in between. Jesus people – get your heads on straight. Grab a mirror – it’s easy. You either have a dick or you don’t.

She continued in a comment, where she expressed her hatred of gay men and men with long hair:

I swear, these fucking cock sucking homos think they deserve everything. And the confused women are just as bad. Men need to be men. Women need to be women. Stop with the stupid ass “man buns” and man your buns up to do some hard labor. (Some people will have to google “hard labor” to find out what it is… sorry asses.)

Sabrina Sells is gay and she is also a nurse with TriHealth. When she saw Carter’s posts, she passed them along to management.

“I don’t think she should work in health care,” she said. “Because she doesn’t see all humans as equal, and I don’t think she’ll uphold the oath of giving everyone the best treatment they should get.”

Sells posted a screenshot of Carter’s comments, and Carter reached out to her, saying that she would never use such language and that her Facebook account had been hacked.

Sells said she did not respond to Carter.

On Monday, TriHealth announced that Carter was placed on leave “for her safety and the safety of our patients while the investigation continues.”

“We take allegations of this nature very seriously and began an internal investigation into the matter on Friday,” a spokesperson said in a statement. “We are committed to bringing this issue to a swift close and will provide an update when the investigation is complete.”

I, along with many others, is shocked and disgusted with this trihealth employee. Do the right thing and fire this nurse, Cindy carter.