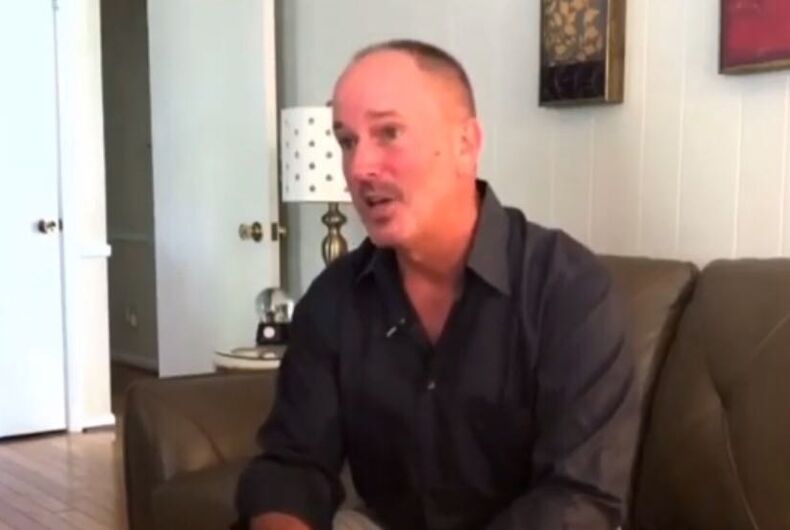 This Tuesday, the U.S. Supreme Court will hear four lawsuits making up a consolidated case arising from instances of alleged discrimination. One of those instances centers on Gerald Bostock, a Doraville, Georgia man who sued his former employee, Clayton County, after they fired him for being on a gay softball team.

Not to be confused with the fictional co-writer of that Jethro Tull album, Bostock was a highly regarded services coordinator for Child Welfare who had worked for the county for over a decade by 2013. He was solely in charge of the execution of Court Appointed Special Advocates (CASA) program, where Bostock arranged volunteers to assist children through the court system.

In June of 2013, though, Bostock shockingly found himself out of a job. The reason why? The county claimed that a department-wide audit brought irregularities to light under Bostock’s watch, but he believes that the real motivation behind his dismissal was his openness about his sexuality.

It started when Bostock joined the Hotlanta Softball League that January, an LGBT amateur league. He enjoyed being in the league and even promoted his volunteer opportunities through league channels. Bostock hadn’t been hiding his sexuality prior to that, but his public presence in an openly queer space clearly bothered some of his peers or superiors, because in two months there were already disparaging whispers about Bostock in the office.

In April, Clayton County initiated the audit, in which Bostock claims was motivated solely by his sexuality. They focused heavily on a dinner for volunteers billed to the county which included people from the softball league.

In May, it was revealed that a meeting took place amongst several of Bostock’s superiors where his participation in the HSL was discussed — less than two weeks later, he was terminated for “conduct unbecoming of an employee.” He was escorted out of the building the same day and never allowed to return.

“I was devastated. I had just lost the job I had loved — my passion. I lost my source of income. I lost my medical insurance,” Bostock told The Huffington Post. He was trying to recover from prostate cancer at this same time.

By all reports, he was otherwise an exemplary employee. His work earned the Child Welfare office several accolades and by 2010, the CASA program had matched every child with a volunteer, which garnered praise in the press and earned Bostock opportunities to serve federal committees and advise other programs.

After his firing, he received support from his partner and found a new job at an Atlanta hospital. Then Bostock filed a lawsuit against his former employer in 2016, starting Bostock v. Clayton County.

A state court and the U.S. Appeals Court in the Eleventh Circuit dismissed his claims for discrimination, conflicting with other decisions in the Appeals Court circuits, known as a ‘circuit split’, which influenced the Supreme Court to hear these cases and clear up the constitutionality of LGBTQ+ workplace discrimination once and for all.

“I’m proud of who I am,” Bostock told The Advocate. “I’m also proud of the man I’ve become and what my work has meant to children. Nobody is going to take that away from me, especially Clayton County.”

While the Supreme Court won’t be re-litigating or hearing arguments from Bostock and his attorneys, this decision could allow him to refile his lawsuit. Regardless, he will be present this Tuesday and can’t wait for the decision, even though it may not come until June 2020.

“I’m absolutely very excited to have this opportunity,” he said, “but it’s the same time it’s very surreal to me … it’s very much bigger than me.”

The primary arguments of this Supreme Court case are dubbed under Altitude Express, Inc. v. Zarda – which Bostock v. Clayton County is consolidated with. Both Bostock and Donald Zarda were fired for their sexuality, but the Second Circuit found that Zarda’s employee had discriminated against him, opposing the decision in Bostock’s case. The Supreme Court will also hear at the same time Harris Funeral Homes Inc. v. EEOC, dealing with the firing of a employee upon her revelation that she was transgender.

Even if the SCOTUS ruling doesn’t go Bostock’s way, he knows he will continue to fight and make a difference for the youth he’s served his entire career: “I’m a firm believer in throwing positivity out into the universe.”

Can Mayor Pete’s cash pile make up for his lack of African-American support?