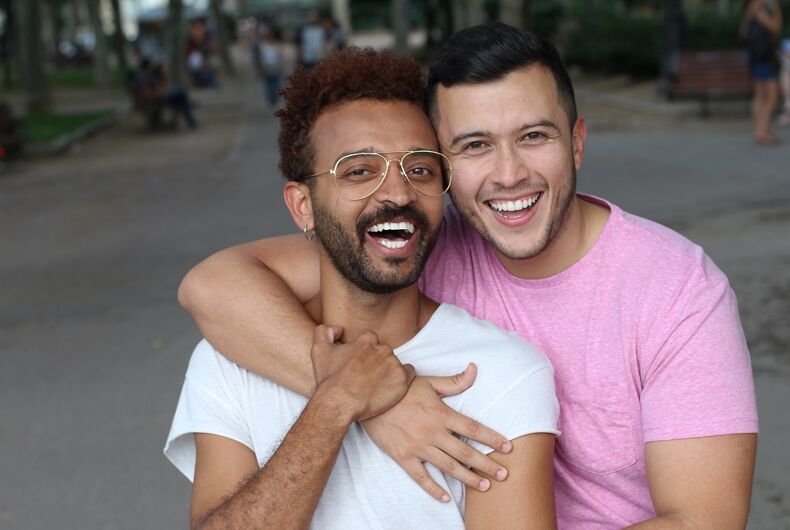 Men who have sex with men account for 67% of new HIV infections.

What’s more, Black and Latino men are 10.5 and 4.9 times, respectively, more likely to be infected when compared to white men.

Related: California on track to be the first state to provide PrEP without a prescription

Yet according to a study published in the Centers for Disease Control and Prevention’s Morbidity and Mortality Weekly Report, these same men are also less likely to take a pre-exposure prophylaxis (PrEP).

The same groups also lags behind when it comes to discussing PrEP with their health care providers.

“This type of research is critical to finding – and correcting – missed opportunities to offer PrEP to people at risk for HIV, particularly among African American and Latino gay and bisexual men,” said lead researcher Dafna Kanny of the CDC to Reuters Health.

Researchers such as Kanny looked at interviews with more than 4,000 men who took part in the 2017 National HIV Behavioral Surveillance survey. Their goal was simple: examine what groups use PrEP, and why those who don’t opt out of the medication.

While the study found that 95% of white men who have sex with men are well-versed in PrEP, 87% of Latino men and 86% of Black men were aware of the medication.

The numbers dropped, however, when researchers looked at how many had discussed the medication with their health care provider, with 58% of white men doing so, compared to just 44% of Latino men and 43% of Black men.

When it came to actual use of PrEP among the three groups, the numbers fell of even further. While 42% of white men took PrEP, just 30% of Latino men and only 26% of Black men took the medication.

Researchers say that it is key for health care providers to start that discussion with their patients.

“It’s important for providers to take sexual histories of gay and bisexual men and to discuss PrEP as an option for HIV prevention with those who could potentially benefit from it,” said Kanny. “These discussions also help to destigmatize PrEP use, which is particularly important for increasing PrEP use among African American and bisexual men.”

The researchers also recommend further study to investigate additional barriers to PrEP use, including the influence the cost of health care can have on the medication’s use.

In 2017, roughly a third of all men who have sex with men were using PrEP, nevertheless, the CDC estimated that less than a quarter of the 1 million Americans who could benefit from the medication are actually using it.

PrEP has been found to be 99% effective in preventing the transmission of HIV.