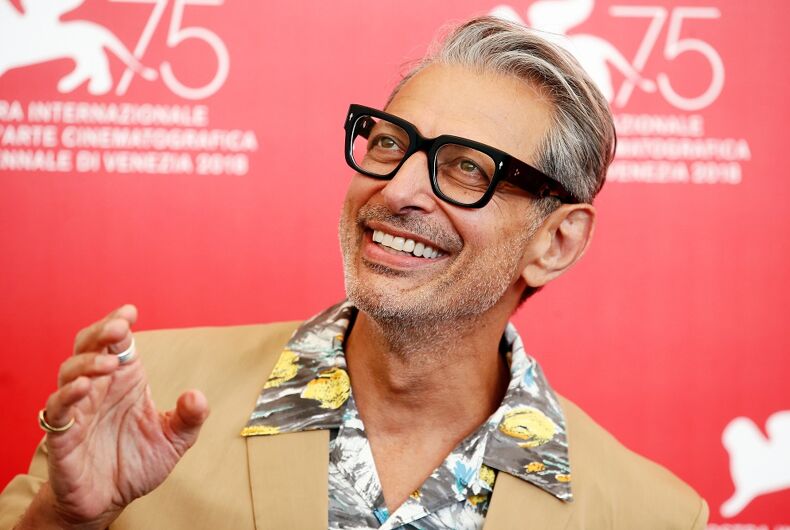 Actor Jeff Goldblum discussed his older gay brother’s troubled relationship with their parents as well as how he got sent to conversion therapy.

Goldblum told the Times of London that his father had a “traditional masculine sense of himself” and he kept his brother Lee’s – who passed away in 2000 – sexuality a secret from the family at first.

“He didn’t tell the rest of us,” Goldblum said. “My dad was, without knowing why, conspicuously cruel to him at times.”

And their father sent him to conversion therapy.

“Sent him to a therapist in order to ‘fix him,'” Goldblum said. “It was all secret. That’s not so nourishing.”

Goldblum said that his brother studied medicine and joined the army but ended up driving a taxi and living with their parents for the last few decades of his life.

Lee was in poor health and suffered from substance abuse, “physical ailments,” and other problems.

The American Psychiatric Association has oppose conversion therapy since 1998 because it “can provoke guilt and anxiety.” A recent study found that gay people who were forced into conversion therapy had an attempted suicide rate five times above normal.