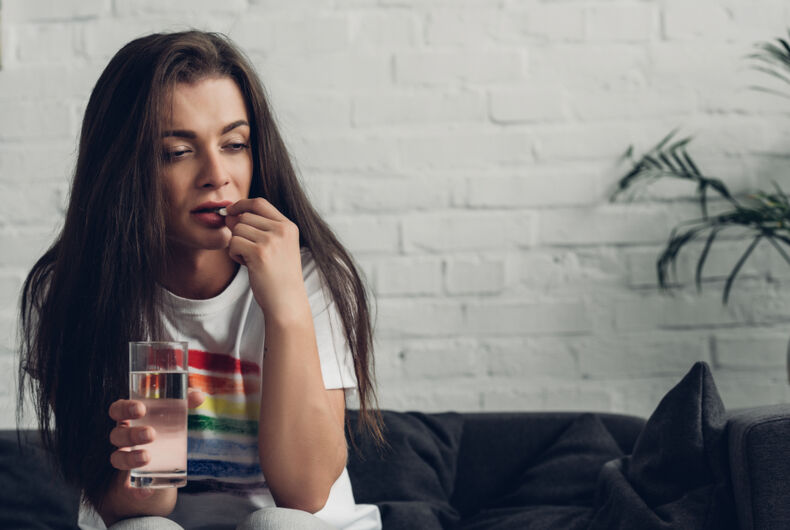 Right-wing and anti-LGBTQ sites are spreading a fake news story claiming that hormone-blockers used to delay puberty in trans teens have caused “thousands” of deaths.

According to Media Matters, the reports are based on “misconstrued data from the U.S. Food and Drug Administration [and…] debunked reporting from a U.K. tabloid.” Reports have since been widely shared on Ben Shapiro’s The Daily Wire and other conservative and evangelical sites such as PragerU.

In fact, these stories are some of these sites’ most popular content, even though their claims have been debunked.

What the FDA actually said was that some cancer patients using a specific hormone-blocker, Lupron (leoprolide acetate), have died… from cancer that they had before they even took the medication.

Hormone-blockers are sometimes used in cancer treatment to stop the body from producing hormones that may cause cancers to spread. Ultimately many people who take Lupron to slow cancer down still pass away while taking it because Lupron doesn’t cure cancer.

The fake news story about Lupron originated on the U.K. tabloid The Daily Mail, spread to the National Catholic Register, and then was shared via a Catholic “news” outlet called LifeSiteNews. Since then, right-wing and anti-LGBTQ sites — including the anti-trans Kelsey Coalition — have re-posted this information to promote the idea that the drug, which is sometimes prescribed to trans people as a puberty blocker, is deadly.

These sites further suggested that careless parents and doctors with an agenda give this potentially lethal medication to kids — an extension of the long-running anti-LGBTQ trope that queers are recruiting kids into a “deadly lifestyle.”

Their campaign is all the more nefarious considering the hurdles that trans people face just to receive medical care in the first place.

In 1972, gay people spoke at the Democratic National Convention for the first time