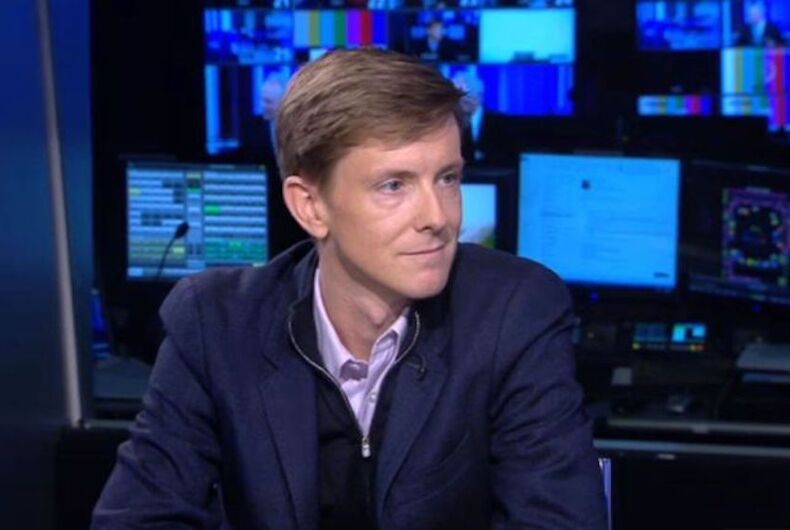 Late last month, Facebook announced that it will not subject politicians to its policies prohibiting “false or misleading content.” (It already had a 2016 policy of allowing public figures to lie if the speech’s “newsworthiness” and the public interest outweighed the risk of harm.)

Nevertheless, Democratic presidential candidate Elizabeth Warren criticized the policy, and Hughes retweeted her criticism with some choice words of his own.

Warren’s tweets criticizing Facebook’s policy mentioned that other TV news networks have refused to run some of Trump’s campaign ads because of their deliberate lies. In several tweets she also stated:

“Facebook already helped elect Donald Trump once because they were asleep at the wheel while Russia attacked our democracy. In fact, this time they’re going further by taking deliberate steps to help one candidate intentionally mislead the American people, while painting the candidacy of others (specifically: mine) as an ‘existential’ threat.”

Warren has since purchased Facebook ads that falsely state that Zuckerberg has endorsed Trump for president. The ads then accurately state that Facebook allows such lies in candidates’ political ads.

Facebook already helped elect Donald Trump once. Now, they're deliberately allowing a candidate to intentionally lie to the American people.

This is a serious threat to our democracy. We need transparency and accountability from Facebook. https://t.co/anu0pWSqS5

After that meeting, Facebook quietly changed its policies on “misinformation” in ads, allowing politicians to run ads that have already been debunked by independent, non-partisan fact-checkers. Put another way, Facebook is now okay with running political ads with known lies.

“I have a feeling that many people in tech will see Warren’s thread implying FB empowers Trump over Warren as unfair. But Mark, by deciding to allow outright lies in political ads to travel on Facebook, is embracing the philosophy behind Trumpism and thereby tipping the scales.”

In a separate tweet, Hughes wrote, “There is a higher calling — to be a platform that won’t allow political lies to spread. Employees should demand that kind of policy. It isn’t partisan — it’s the right thing to do.”

In May of this year, Hughes wrote an op-ed saying that Facebook should be broken up and monitored by the U.S. government to address user privacy concerns. In recently leaked audio from a company meeting, Zuckerberg said he worried that Warren would try to break up the company if elected president, and pledged to sue if her administration tried such a thing.

When recently announcing the company’s policy allowing politicians to lie in their political ads, Facebook’s Vice President of Global Affairs and Communications Nick Clegg said, “We have a responsibility to protect the platform from outside interference, and to make sure that when people pay us for political ads we make it as transparent as possible. But it is not our role to intervene when politicians speak.”